A former U.S. Marine being held in Russia also would be part of the proposed exchange, an official told CNN.

The move is “part of a potential deal” to bring both Americans home after Griner was arrested on drug possession charges in February and Wheelan was arrested for alleged espionage in 2018.

A prisoner swap, generally opposed by the Department of Justice, would release Viktor Bout, who is serving a 25-year sentence in Illinois for “conspiring to kill U.S. nationals and selling weapons to the Revolutionary Armed Forces of Colombia,” The Washington Post reports.

“We communicated a substantial offer that we believe could be successful based on a history of conversations with the Russians,” a senior administration official told CNN Wednesday. The offer from the U.S. was presented in June, said the official, who provided no specifics.

The official said, “we continue to communicate the offer at very senior levels,” while awaiting a response and noted that “It takes two to tango.”

“We start all negotiations to bring home Americans held hostage or wrongfully detained with a bad actor on the other side. We start all of these with somebody who has taken a human being American and treated them as a bargaining chip,” the official continued, per CNN.

“So in some ways, it’s not surprising, even if it’s disheartening, when those same actors don’t necessarily respond directly to our offers, don’t engage constructively in negotiations.” 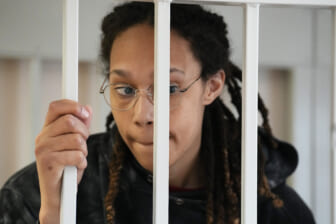 Also on Wednesday, Griner testified at her drug possession trial in Russia that officials did not provide an explanation of her rights nor did she have access to a lawyer following her arrest at a Moscow airport.

As reported by CNN, Griner, 31, told the court that Russian officials had her sign documents without explaining what they said. She also noted during her first testimony in the trial that she received poor translation at the airport, so she used a translation app on her phone to get the gist of why she was being detained, according to The Associated Press.

“I remember one time there was a stack of papers that [the translator] needed to translate for me. He took a brief look and then said the exact words were, ‘Basically you are guilty,'” Griner testified, according to a People report.

As reported previously on theGrio, the Phoenix Mercury center has been detained since Feb. 17 after vape cartridges containing oil derived from cannabis were found in her luggage. The two-time Olympic gold medalist for the U.S. faces drug smuggling charges that carry a maximum penalty of 10 years in prison.

Per AP, during the initial hours after her arrest, Griner did not have access to a lawyer. Her trial started July 1 and six days later she pleaded guilty to drug charges. She stated in court that it was not her intention to break the law when she traveled through a Moscow airport while in possession of cannabis oil, theGrio reported.

She explained that the cartridges were with her because she packed hastily for her return to Russia to play for the UMMC Ekaterinburg basketball team during the WNBA’s off-season, theGrio noted in a separate report. 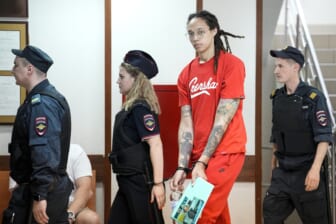 Also Read:
Guilty pleas do not end trials in Russia. Anything could happen with Brittney Griner in court today

Griner’s legal team gave the court a U.S. doctor’s letter recommending she use medical cannabis to treat pain. During hearings on Tuesday, a narcology expert testified on behalf of the defense that medical cannabis “is a popular treatment, specifically among athletes,” The New York Times reported.

“With the prescription in place, Brittney may have used it for medical, but not for recreational purposes,” said Maria Blagovolina, one of Griner’s attorneys, per People.

The AP reports that after the court session on Wednesday, Blagovolina stressed to reporters that Griner “repeatedly underlined that she had no intention to bring the forbidden substances into Russia.” 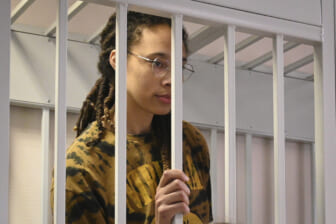 “We will continue to make this a top priority in making sure that we bring her home safely. That is a commitment that we have made to her and to her family and also to other U.S. nationals as we’re trying to bring them back home,” Jean-Pierre said.

Griner’s next trial session reportedly has been set for Aug. 2.