"You don't get a manual on how to be a famous rapper," Minaj says in the clip.

Nicki Minaj is getting the music doc treatment! The chart-topping rapper posted an official trailer for “Nicki,” a six-part documentary series which she says is coming out “sooner than you think.”

“You don’t get a manual on how to be a famous rapper,” Minaj states in a voiceover that kicks off the trailer. “You just learn it as you go.” What follows is a series of footage and clips of Minaj in various stages throughout her career, taking private jets, performing in concerts and more. In the tweet accompanying the trailer, she wrote to her followers, “Coming SOON!!!! The #NickiDocumentary you didn’t know you needed. Love you so much.” 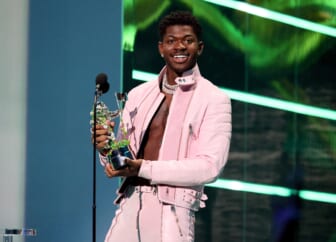 The trailer also highlights a reflective Minaj, who looks back on the early days of her career and her mindset as she was breaking into the industry. “I think the woman back then, she wasn’t afraid to fail. Female rappers weren’t really charting at the time. I’m fighting for the girls who never feel like they could win.”

She goes on to speak about her artistry and dedication to the craft of rapping, while also acknowledging the gender inequality in rap. “I never wanted to be mainstream. Mainstream came to me. I take the art form of rap very serious,” she said. “I simply just don’t get the respect that men do. You constantly feel like you’re doing something wrong and so you just stop doing period. This industry is just not a loving, supportive place. It pretends sometimes, but it’s just not.”

Minaj also shared the trailer on her Instagram, where she posted a lengthier caption shedding light on the upcoming project.

“I took some time to perfect this very intimate, delicate, electrifying, inspiring body of work. As I decide on a home for this project, I can’t help but reflect on what I’m including in this doc. Some things are so personal, it’s scary. It’s like NOTHING you’ve seen before & I need it to be handled with care. Love you so much. Thank you for the continued support.” 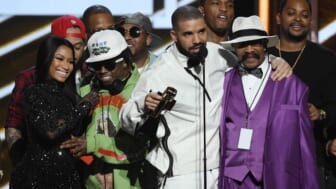 Despite teasing fans with the disclosure that the documentary series is “coming soon,” the rapper has yet to announce a release date or where it will air.