"It is unacceptable to ask any person to choose between their human rights and their employment," they say in a letter.

In a letter to Netflix, Disney and other companies in the entertainment industry, hundreds of top TV showrunners, including Shonda Rhimes and Issa Rae, have demanded safety protocols in the wake of the Supreme Court’s overturning of Roe v. Wade in the anti-abortion states hosting productions of major studios, per Variety.

In the letter obtained by Variety, last Thursday more than 400 top TV showrunners came together in an effort to protect people working in various productions throughout the country, specifically in states that have made abortion illegal in the last month. The letter reads, “It is unacceptable to ask any person to choose between their human rights and their employment.”

Rhimes and Rae are joined by other TV powerhouses such as Ava DuVernay, Amy Schumer, Robin Thede and more in signing the letter. 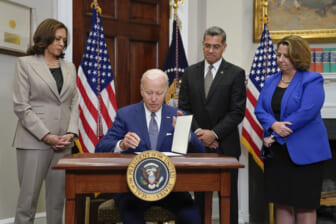 “This situation raises basic matters of equality, health, and safety in the workplace,” the letter continues. “Many of us would not have the careers and families we have today if we had not been granted the freedom to choose what was best for ourselves. We are committed, as a group, to protecting our fundamental human rights and those of our colleagues.”

In anti-abortion states such as Georgia, Louisiana and Texas, the writers have specified how companies should respond to protect their employees. For instance, they are demanding published policies on how employees’ right to privacy will be protected, as well as subsidized travel costs to obtain an abortion should they need to leave to state to get one. They also outlined a demand for criminal and civil indemnification for people who may help an employee obtain an abortion. 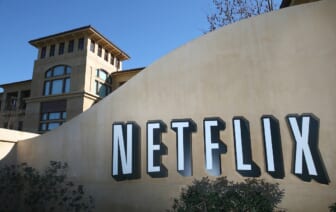 The letter continues to ask companies to halt, “all political donations to anti-abortion candidates and political action committees immediately.” The letter then requests a response from the companies, which Variety reports include Netflix, Disney, Paramount, Lionsgate, Amazon, Warner Bros. Discovery, NBC Universal, Apple and AMC.

Head over to Variety to read the letter in full.