"Batgirl," set to debut next year, was reportedly "nearly finished."

In a shocking move, Warner Bros. has completely pulled its upcoming “Batgirl” film starring Leslie Grace, Michael Keaton and more, with no plans for it to premiere in theaters or even on HBO Max, despite it being close to completion, according to Deadline.

According to the initial Deadline report, the unprecedented move which caused fans to reel on social media comes amid major changes at Warner Bros. The company is reportedly grappling with how to move forward with its DC Comics Extended Universe, as well as its other properties.

The project, which wrapped earlier this year, was in the final stages of post-production. In addition to “Batgirl,” “Scoob!: Holiday Haunt,” a sequel to 2020’s “Scoob!” film based on young Scooby-Doo characters, was also shelved. The Mystery Inc.-centered sequel was also said to be near completion. 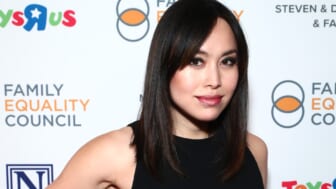 The decision may have come down to taxes, per a new Variety report published on Wednesday. Sources close to the outlet confirmed that “Batgirl” was greenlit back when Warner Bros. was run by Jason Kilar and Ann Sarnoff, whose focus was to expand HBO Max content. During this time, they made the controversial decision to release films theatrically and on HBO Max during the second year of the COVID-19 pandemic.

Earlier this year, however, David Zaslav took over as CEO of Warner Bros. Discovery, and has clear plans to “reverse” this strategy, Variety reported. By cutting both mid-budget films (“Batgirl” was greenlit at $70 million), they will take a tax write-down for them, “seen internally as the most financially sound way to recoup the costs.”

Despite the financial reasons for the decision, it has not prevented major backlash from fans, especially amid the consistent troubles coming out of DC Films. The star of the upcoming “Flash” film has made headlines over the past year for controversial behavior and there have been multiple canceled DC sequels.

When the news about “Batgirl” dropped, it quickly became the number one trending topic on Twitter Tuesday night. Fans seem aligned on one thing: Leslie Grace deserved to be “Batgirl,” especially in a genre where women, especially women of color, do not get the opportunity to play superheroes. 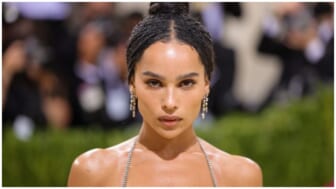 One user wrote in a tweet, “This role would’ve been life changing for Leslie Grace. She deserves better. #Batgirl.” Sharing similar sentiments another wrote, “Regardless of how you feel about the DCEU, the cancellation of #Batgirl sucks. Leslie Grace was robbed of her moment. Everyone else involved, including Adil and Bilal, deserved better. It’s just more proof that Warner Bros. has no plan.”

Directors Adil El Arbi and Bilall Fallah, and Leslie Grace herself, have yet to comment on the decision.