Batgirl, the highly anticipated superhero film based on the character of the same name, just made a major casting announcement. The film will feature the first openly trans character to ever appear in a DC Comics film, with Ivory Aquino joining as the lead character’s best friend.

It was announced last summer that the upcoming DC Comics film will star In The Heights actress Leslie Grace in the titular role. While much of the plot and specific details of the film have remained under wraps, the rest of the cast is starting to take shape, with Michael Keaton returning to the role of Batman after almost 30 years and now the addition of Aquino as Alysia Yeoh, a bartender and best friend to Grace’s character, Barbara Gordon, per Deadline. 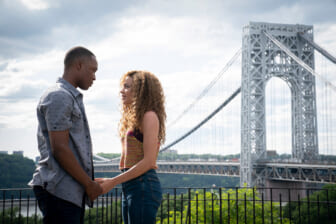 Aquino took to Instagram to share excitement regarding this milestone casting. She wrote in the post, “THANK YOU for the outpouring of love from dear friends & beloved fans of #Batgirl and her #bff#AlysiaYeoh ♥️ been busy at work with the rest of the Batgirl fam to bring you a story that’s both heartwarming & exciting including the return of legendary @michaelkeatondouglas as #Batman ? if I’m not able to readily reply to your well wishes, pls know that my heart is expanding by the second from your words of love & my appreciation is ever-growing.”

Aquino went on to specifically thank DC, Warner Bros. and HBO for the big step in representation.

“And kudos to #DC #WarnerBrothers@hbomax for bringing onto the screens of the #DCuniverse a depiction of #trans folks that’s reflective of our existence in the world (or part of it at least!) and for recognizing how much fun we’re all gonna have with Alysia in the house,” she concluded.

Viewers may remember Aquino from her roles in Tales of the City and When We Rise on ABC. Aquino is represented by A3 Artists Agency, Industry Entertainment, and Jackoway Austen Tyerman. 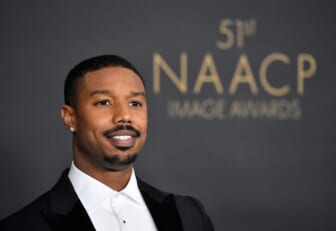 Grace’s casting is also an exciting one, as she is an Afro-Latina taking on the role of Barbara Gordon, who was played by Alicia Silverstone and Yvonne Craig in the past.

Grace shared at the time of her casting announcement, “I am BEYOND EXCITED to embody Barbara Gordon, your #Batgirl ! I cannot believeeee what I’m writing rn… THANK YOU DC for welcoming to the family! I’m ready to give her all I’ve got!”