The Raleigh homeowner's lawn sign with "Black Lives Matter" and other messages was also vandalized.

Members of a Raleigh, North Carolina, neighborhood are anxious for the arrest of whomever vandalized property in their community with racist graffiti.

Matt Moore, of the city’s Renaissance Park community, told WRAL on Wednesday that he woke up with the words “n—– lives don’t matter,” spray-painted on his driveway. Moore, who is white, said he believes he was targeted because of his yard sign, which bears various messages, including “Black Lives Matter” and “Love is Love.” The sign, which Moore said was his third after two others were stolen and defaced.

“It’s very much an invasion,” said Moore, adding that his home is “at the end of a cul-de-sac. You literally have to want to be here … this is not a straightaway where you saw something and kept moving.”

Gerald Givens of the Raleigh-Apex NAACP said the organization has been tracking such occurrences. “Unfortunately, it happens far too often,” he said, per WRAL. “Almost every day I get a call from somebody who’s experienced something like this at their job, at their school.” He added, “It hurts. It’s painful. It’s demeaning because you are a person. You are a human being, and you do matter.” 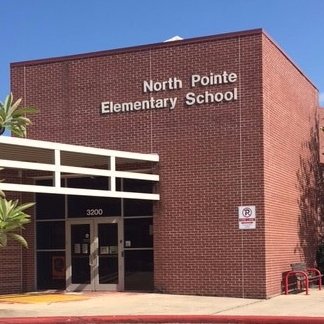 Givens said he has advice for victims of discrimination or hate crimes. “What I always do is encourage people when they experience this kind of thing, to calm down first, write down the experience, then go through the proper channels of notifying law enforcement, supervisor, whomever is in charge of the area where the incident took place.”

However, in the case of the Renaissance Park vandalism, Raleigh police noted that hate crimes and ethnic intimidation cases are hard to prove. If suspects are caught in this case, they would be charged with damage to property, a misdemeanor, WRAL reported.

Givens noted, “Our society will change and get better when we make tougher laws to handle hate crimes, as well as discrimination laws.”

As for Moore, he said that he feels sad for the person who is intimidated by the sign. He, however, is undeterred. “I got another one on order just in case.” In addition, he said, “I am pledging $500 to BlackVotersMatterFund.org in honor of whomever did this.”