The Texas nonprofit, which also assists with job and education needs, says the funds will help it improve services.

A Houston, Texas, nonprofit that helps Black trans people find housing, meet health needs and secure employment and educational opportunities recently won a $45,000 grant that will help it grow and improve its services.

The Mahogany Project was founded five years ago by Verniss McFarland III, who told The Houston Chronicle, “I wanted to do something that didn’t continue to just allow Black trans women and Black trans people to continue to become hashtags.”

McFarland is a gender-nonconforming-trans-identifying Houston native who has been active in the community for more than 15 years, the Mahogany Project website states. The site notes McFarland has always had a passion for community togetherness, revitalization, volunteerism and culture.

McFarland says the Mahogany Project was founded in the aftermath of the 2017 killing of a Black trans woman, Chyna Gibson, in New Orleans.

Transphobic violence has been on the rise in the nation. In fact, 2021 was the deadliest year on record, with 45 murders of transgender Americans, according to the Human Rights Campaign Foundation.

In McFarland’s state, at least 14 trans people have been killed between 2017 and 2020. Now, the Mahogany Project will be able to assist trans people with a primary need: Safety. 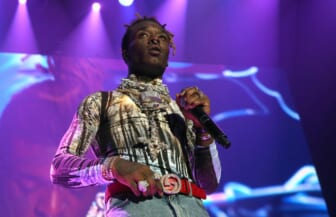 “A lot of time and resources are compiled around HIV-related services, instead of really honing in and understanding that trans people also need safety,” McFarland told the Chronicle. “They need housing, educational services, food, jobs.”

In Texas, violence against trans people is often specific to marginalized communities. Eight of the 14 trans persons killed in the state were Black, and all but one was under the age of 30. Ten percent of trans people killed nationwide in the past five years were slain in Texas.

Trans communities in states like McFarland’s face intense threats from Republican lawmakers who are proposing bills that target trans rights and making homophobic, anti-trans comments that promote stigmas and stoke a climate of fear. 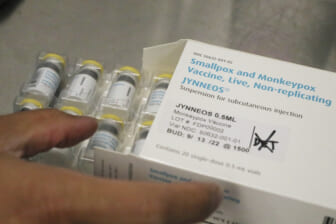 The Chronicle report contends that nonprofits supporting trans people often receive less than one cent of every dollar donated to charitable causes. The expense of increased security needed to help them fund-raise continues to make it difficult. Initial funding for the Mahogany Project came from McFarland’s Uber employment and odd jobs.