Ex-police chief sues, says he was forced to resign for not firing officer who killed Daunte Wright

Ex-police chief Tim Gannon is seeking over $50,000 in damages on claims of being subjected to "false, malicious, defamatory and racially divisive" comments from a city councilor. 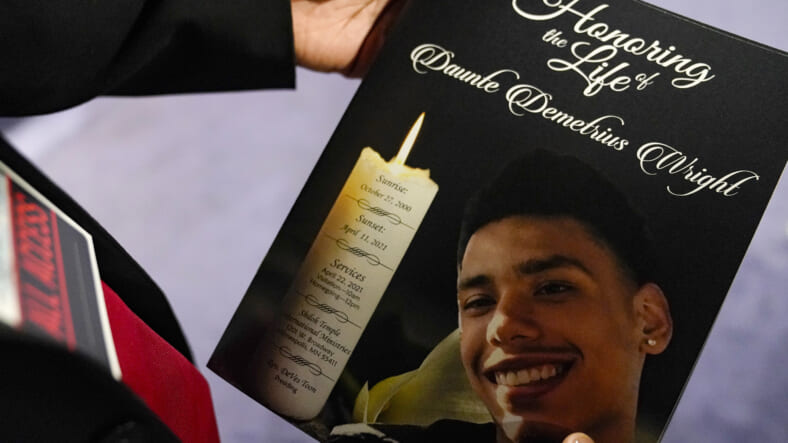 FILE – A mourner holds a program for the funeral services of Daunte Wright at Shiloh Temple International Ministries in Minneapolis, April 22, 2021. Alayna Albrecht-Payton, the woman who was in Wright’s vehicle when he was fatally shot on April 11, 2021, by police in a Minneapolis suburb last year, is suing the city and the former officer, Kim Potter, who killed him. (AP Photo/John Minchillo, Pool, File)
Loading the player...

BROOKLYN CENTER, Minn. (AP) — A former suburban Minneapolis police chief alleges that he was forced to resign for refusing to immediately fire the officer who shot and killed Daunte Wright during an April 2021 traffic stop.

Tim Gannon filed a lawsuit in Hennepin County District Court on Wednesday alleging retaliation and racial discrimination for his decision to protect the procedural rights of former Brooklyn Center Officer Kim Potter. Potter, who is white, said she confused her gun for her Taser when she fatally shot Wright, who was Black. She was convicted of manslaughter in December and sentenced to two years in prison.

The shooting happened at a time of high tension in the area, with former Minneapolis police Officer Derek Chauvin, who is white, standing trial for the killing of George Floyd, who was Black.

Gannon, who is white, contends in his lawsuit that false, malicious, defamatory and racially divisive comments by Brooklyn Center City Council member Marquita Butler implied that his actions in response to protests over Wright’s death didn’t serve Brooklyn Center’s Black population. Gannon is suing Butler, the city and its city manager, Reggie Edwards, for more than $50,000 in damages. 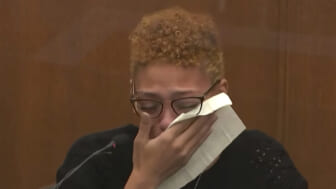 The lawsuit said Gannon was given an ultimatum to either resign or be fired, the Star Tribune reported.

Gannon’s attorney, John Fabian, declined to comment on the lawsuit, as did Julie Fleming-Wolfe, an outside counsel assigned to represent the defendants.

Brooklyn Center was recently served a lawsuit brought by Wright’s girlfriend over injuries she suffered while riding in the front seat during the shooting and subsequent crash. The city settled a suit in June brought by Wright’s family for $3.25 million.