The six-story, $50 million building is located on Baxter Street in Athens and is set to open this fall.

The University of Georgia honored the first Black students who enrolled as freshman 60 years ago and earned undergraduate degrees by placing their surnames on a new multi-million dollar residence hall.

According to the Atlanta Journal-Constitution, the six-story, $50 million building is located on Baxter Street in Athens and is set to open this fall. The facility pays tribute to Harold Alonza Black, Mary Blackwell Diallo and Kerry Rushin Miller, who integrated the university in the 1960s.

The university named the new building the Black-Diallo-Miller Hall and dedicated it last week. The project marks UGA’s first new residence hall since 2013, according to OGC News.

Also Read:
There are no HBCUs in Minnesota, so three HBCU grads started a band camp to introduce the culture

Black earned graduate degrees from Ohio State University after graduating from UGA’s Terry College of Business. This fall marks the 60th anniversary of the trio’s enrollment at UGA.

“I can guarantee you one thing: the atmosphere will be a lot warmer, a lot more welcoming than it was 60 years ago,”  said Black in a written statement about returning to the campus, AJC reports. “It was an interesting time, an interesting experience, and I want to thank everyone past and present who helped make that possible.”

Black is a retired professor from the University of Tennessee-Knoxville. Diallo taught at Morehouse College and Florida A&M University, per the AJC report. 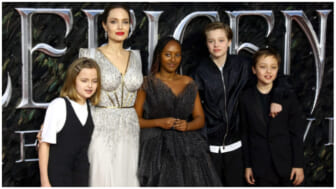 “The three alumni we are honoring today faced challenging circumstances when they were here as students in the 1960s, but each of them persevered and went on to earn their degrees and make significant contributions to our society throughout their lives and careers,” said President Jere W. Morehead in a written statement, AJC reports.

The Black-Diallo-Miller Hall is the latest building to be named after pioneering Black students who previously attended the university. Several structures bear the names of Black graduates who made their marks at UGA in the past. Per the AJC report, they include the Holmes-Hunter Academic Building, named after Hamilton Holmes and Charlayne Hunter-Gault, the Mary Frances Early College of Education and the Shirley Mathis McBay Science Library.