Malone, who joined the AMG family in June, was crucial to the financing of its significant transactions over the previous five years.

Malone joined AMG in June as executive vice president and head of corporate development, tasked with assisting the senior management team with mergers and acquisitions efforts, as well as other corporate strategy initiatives spanning capital markets, private equity and credit. He will continue these efforts in his new role, based in Los Angeles.

“I am very excited to elevate Chris Malone within the Allen Media Group family to Chief Financial Officer, where Chris will be valuable in helping to lead our M&A efforts and other strategic financial initiatives,” said Byron Allen, the founder, chairman and CEO of Allen Media Group, in a joint statement Thursday with Malone. “Chris plays a vital role in helping Allen Media Group continue its trajectory of growth and execute on the large number of acquisition opportunities in front of us.”

In the announcement, the new CFO expressed his excitement about both joining the corporate family in June and being promoted at such a pivotal time for the business and the journalism sector. Malone, who has a bachelor’s degree in finance from Hampton University, also earned a Master of Business Administration degree from Harvard Business School.

“It has been exciting to see the strong growth of Allen Media Group over the past five years,” he said, “and it is even more exciting to join at such a dynamic time for the company.” 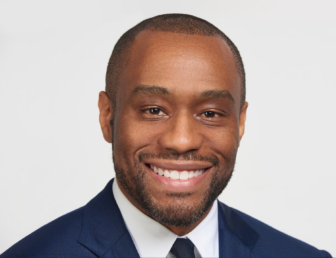 Malone was crucial to the financing of significant AMG transactions over the previous five years, such as the company’s purchase of The Weather Channel in 2018 and its roughly $1 billion investment in the purchase of 27 ABC, NBC, CBS and Fox broadcast network-affiliated television stations across the country.

“The industry is experiencing rapid transformation, as well as increased consolidation,” he noted, “and Allen Media Group is well-positioned to capitalize on this changing paradigm given its strong and differentiated position. I look forward to continue working with the Allen Media Group team to execute on the short-term and long-term acquisition targets.”