Dowse recently became ill with a severe form of meningitis and fell into a coma.

Dowse recently became ill with a severe form of meningitis and fell into a coma, later passing away from the inflammatory disease on Saturday, Aug. 13, as confirmed by her sister Tracey Dowse via Instagram.

“It is with a very heavy heart that I inform everyone that my sister, Denise Dowse has gone forward to meet our family in eternal life,” Tracey wrote. “Denise Yvonne Dowse was the most amazing sister, a consummate, illustrious actress, mentor and director. She was my very best friend and final family member.”

“Denise loved all of you. I know that she is watching over us with all of the love she has,” she added, asking supporters for privacy and thanking them for their prayers throughout Dowse’s illness. Tracey originally shared news of her sister’s condition on Aug. 5 via Facebook.

“I am requesting support and prayers be offered me and my sister, and my only immediate family Denise Dowse,” Tracey wrote at the time. “She is currently in the hospital in a coma brought on by a virulent form of meningitis. Her doctors do not know when she will come out of the coma as it was not medically induced.” 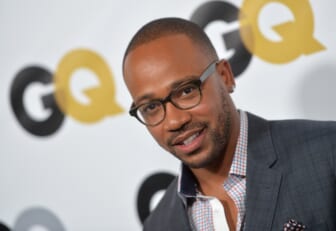 “She is a vibrant actor and director that should have many years ahead of her. Thoughts, prayers and support are greatly appreciated,” she added.

Born in Honolulu, Hawaii, on Feb. 21, 1958, Dowse pursued a career in acting after earning a degree from Norfolk State University. She first appeared on-screen in one episode of the show “Almost There” in 1989, according to Deadline.

Throughout her career, which spanned over three decades, Dowse amassed numerous credits including a role as Vice Principal Yvonne Teasley on “Beverly Hills, 90210,” Dr. Rhonda Pine on the Issa Rae-produced show “Insecure,” and guest roles on “Seinfield,” “Sister, Sister,” “Moesha,” “Girlfriends” and “Full House,” according to Deadline.

Dowse additionally appeared on the big screen in films such as “Bio-Dome,” “Starship Troopers,” “Coach Carter” and “Ray.” She also directed the biopic “Remember Me: The Mahalia Jackson Story,” which is currently in post-production.