Robinson talks about her eponymous dance company’s return to Jacob’s Pillow, celebrating 50 years, the future of her company, and more.

Beginning on August 17, the Cleo Parker Robinson Dance Ensemble will return to the famed Jacob’s Pillow in Beckett, Mass. during its 50th anniversary season with six performances that explore emotion, femininity, war, race, and elegance.

“That is wild, that we haven’t been there in 20 years,” the company’s founder and Artistic Director Cleo Parker Robinson said in a recent interview with theGrio. “We’re thrilled [that] the community gets to see us at Jacob’s Pillow after all these years.” 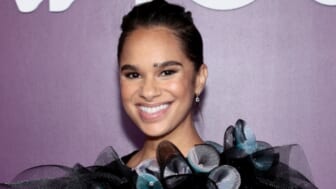 Also Read:
Misty Copeland announces she has a 3-month-old son

Gracing the venue’s stage for the first time since 2002, the ensemble will be performing five different pieces: Katherine Dunham’s “Ragtime,” Robinson’s own “Mary, Don’t You Weep,” Nejla Yatkin’s “Salomés Daughters,” Donald McKayle’s “Crossing the Rubicon,” “Passing the Point of No Return’ and Garfield Lemonius’ “Catharsis.” Each piece tells a different story that resonates with modern-day while showcasing the rich history of the company and providing a platform for its talented professionals.

Originally scheduled for 2020 but postponed due to the pandemic, this performance will also serve as the 50-year celebration for the ensemble. Founded in 1970 in Denver, Colo. during the Black Arts Movement, the Cleo Parker Robinson Dance Ensemble embodied its founder’s passion for dance while providing a platform for Black artists in the industry.

“We wanted to see ourselves,” she said. “We wanted to hear our own stories, and I think that’s why we were so driven.”

Robinson’s inspiration for creating the dance company stemmed from her own upbringing. With her father a working actor and her mother a musician, she grew up in a creative household that loved to move. Her parents used dance as a way to bring everyone together; as a result, Robinson fell in love with dance as an exploration of what humanness could be and kept it close throughout her life. Eventually, her passion for this form of expression would become the driving force behind the creation of her company. 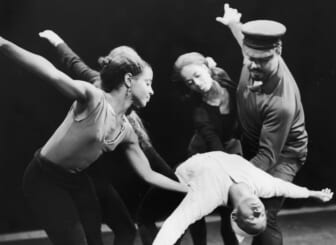 Also Read:
‘Ailey’ is a frustratingly subdued portrait of a revered artist

Fifty years after founding her ensemble, she believes dance is essential, and that it is food for the souls of Black people.

“[Dance is] transformative,” she said. “When we’re dancing, I think we’re using extraordinarily high intellect. It’s an abstract form … so finding ways of expressing all of that and teaching children how to do it, I think it’s important for all children, all teenagers [and] all elders.”

As the Cleo Parker Robinson Dance Ensemble enters its 52nd year, Robinson is focused on laying the groundwork for the future of the company with the goal of maintaining peace, love and respect for everyone involved. She currently is focused on “Sacred Spaces,” the company’s project exploring the burning of Louisiana churches in 2019. In collaboration with the New Orleans Jazz Orchestra, the performance will premiere on September 17 and 18 at the Ellie Caulkins Opera House.

Check out the full interview with Cleo Parker Robinson in our video above.