Misty Copeland announces she has a 3-month-old son

Ballet star Copeland revealed that she and husband Olu Evans welcomed their first child together, a son named Jackson.

Prima ballerina Misty Copeland has revealed that she and her husband, Olu Evans, welcomed their first child together — a son named Jackson.

According to People, the 39-year-old ballet star told the magazine in an exclusive interview, “I’m on maternity leave right now. I have a 3-month-old. But I will be back on the stage in 2023, hopefully, in the fall.”

She also added that she and her family are planning to travel over the summer. “We just got Jackson’s passport a couple days ago,” she shared. “So we’re on our way to Corsica this summer in France.”

Copeland, the principal dancer for American Ballet Theatre, has been notoriously quiet about her personal life. “Definitely with my son, I wouldn’t have him probably be on camera for anything,” she said. “But when it comes to my career and what I’m doing, I’m really open.”

Her meteoric career rise was the subject of Nelson George’s 2015 documentary, “A Ballerina’s Tale.” The film aired the following year on PBS stations.

While Copeland is not on the stage at the moment, she has been designing pieces for the athletic wear company she co-created, Greatness Wins. Other founders of the company include legendary New York Yankee captain Derek Jeter and hockey legend Wayne Gretzky. Copeland said she plans to seek parenting advice from them. 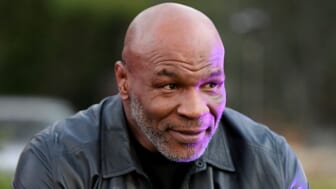 Of their joint effort, debuting this spring, she told People, “I think that this line will be an evolution, a constant evolution as my life is evolving right now and unfolding in so many beautiful ways. I think ultimately it’s about creating functional, supportive, and beautiful products for women from all walks of life.”

“Even going through my own changes now, coming into motherhood and my journey going back to the stage,” Copeland added, “I think is going to be a big part of the storytelling and developing the women’s line.” 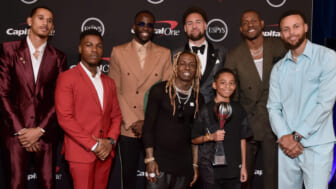 As far as balancing her personal priorities and career, she contends, “It’s never easy, but I wouldn’t be able to do it without having a support system. My husband is incredible, and he’s an amazing dad. He’s been there for me throughout my entire career to help me to be able to balance those things.”