Idris Elba on playing a relatable dad in ‘Beast’: ‘How bad can you be?’

The actor also revealed his most terrifying real-life encounter with a wild animal.

Idris Elba is gracing the big screen in the heart-pounding thriller, “Beast,” but fans might be surprised by what they see.

TheGrio caught up with the actor, who stars in the Will Packer-produced flick, to find out what it took to portray Dr. Nate Daniels, a recently widowed father of two girls who finds himself fighting to protect his family from a terrifying, four-legged threat.

While on a vacation meant to help heal the family from the tragic death of their mother, teenagers Norah (Leah Sava Jeffries) and Meredith Daniels (Iyana Halley) find themselves being stalked by a lion with a serious ax to grind. The animal has gone rogue in response to poachers taking out its kind and now it wants revenge against any human it can find.

While some fans may expect to see Idris Elba take on the beast like a real superhero, his performance is much more like that of a mere mortal, a man who has no choice but to fight for his family. 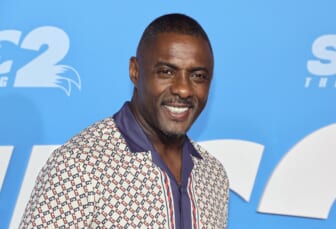 “He’s not a fighter, and he’s not a tough guy at all in this movie. He’s a guy that’s going to become tough for his children, you know?” said Elba. “The Hollywood version of this film is a tough guy that can fight, and that can make all the right decisions and look cool while in reality, nobody’s ever going to do that.”

He continued, “If a lion’s chasing you, you don’t look cool … and that was a dynamic that was definitely a choice. I wanted to take audiences on that real examination of fear.”

Elba said he especially wanted to be thoughtful about portraying the role as a Black man.

“As Black men, we’re always playing the machismo. I have to be bad and dope and rowdy, right? But in this situation, when your two daughters’ lives are at stake, how bad can you be? You just got to do what you got to do to save their lives,” he explained.

Thanks to CGI, Idris Elba didn’t have to take on any real lions while filming the flick, but he did reveal one terrifying encounter he had with another beast in real life.

“I was in Vancouver making a film one time and I woke up in the middle of the night. I heard an almighty racket. I was like, ‘What is that?’ I got up, looked out my window, looked down, and there was this black bear,” recalled Elba. 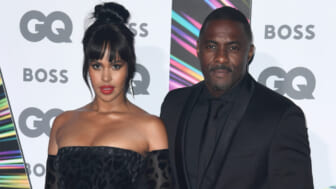 “I’d had a barbecue during the day, and I left a piece of chicken on the BBQ. I didn’t wash it off before I went to bed. So this thing smelled that from wherever it was.”

Thankfully for him, the bear was hungry–but not for humans, Elba revealed.

“I ran downstairs inside the kitchen and realized I had left the kitchen patio open, and this bear was over there, happy as Larry eating these little pieces of chicken, and I had to creep over to the patio door, slide that bad boy closed, and he didn’t notice.”