5 essential comedy specials to watch on TheGrio On Demand

From stand-up specials to exciting documentaries, TheGrio On Demand on theGrio's mobile app, has plenty for fans to watch.

With comedy specials such as “Mo’Nique: One Night Stand” and exciting look-backs at the careers of Eddie Murphy and Chris Rock, TheGrio On Demand (on theGrio’s mobile App), has five titles that are perfect for any comedy fan to enjoy at home.

Our list kicks off with a classic Mo’Nique stand-up special from 2004, “Mo’Nique: One Night Stand.” Another example of what makes the comedian such a singular talent, this special is a perfect watch for comedy fans looking for some nostalgia and also looking forward to her upcoming special scheduled to be released on Netflix.

Mo’Nique announced that her next comedy special would be with Netflix after she settled her lawsuit against the streamer from 2019. At the time, the comedian accused the streaming service of racism and sexual discrimination during her negotiations with them back in 2018. 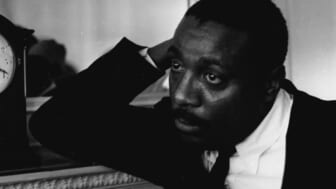 ‘Eddie Murphy: Laugh ‘Til it Hurts’

Less the traditional stand-up special and more a documentary of his stand-up career, “Eddie Murphy: Laugh ‘Til it Hurts” is a great show for Murphy fans and comedy fans in general. Premiering last year, the project takes a deep dive into the “Saturday Night Live” alum’s decades-long career, from being one of the most popular stand-up comedians of the ’80s, to being a bonafide movie star and beyond.

Check out the trailer for “Eddie Murphy: Laugh ‘Til it Hurts” below, which is available now on TheGrio On Demand.

In the same vein as “Eddie Murphy: Laugh ‘Til it Hurts,” “Everybody Loves Chris Rock” takes an exciting look at another successful “Saturday Night Live” alum. Per the official description, the project gives audiences “an intimate look into the life of one of the world’s greatest entertainers as fans agree Everyone Loves Chris Rock.”

With the recent announcement of his new series, “Everybody Still Hates Chris,” on Paramount+ and Comedy Central, as well as upcoming appearances in films like “Amsterdam,” now is the perfect time to look into Rock’s career. 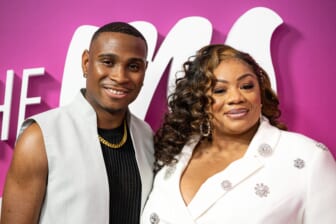 If you’re looking for some variety in a comedy special, look no further than “Mike Epps Presents: Live From Club Nokia.” Filmed in 2011, the special sees Epps deliver “non-stop laughs” during the hour and a half special. Also featuring Henry Welch, Vanessa Fraction, Gary Owen, Robert Stapleton, Scrouncho, Kenny Howell and G-Thang, the program is the perfect special to play if you’re looking for immediate (and hilarious) jokes.

When it comes to the history of Black comedy in this country, it doesn’t get any better than “Why We Laugh: Black Comedians on Black Comedy.” With contributions from some of the greatest comedians, including Dave Chappelle, Whoopi Goldberg, Katt Williams, Chris Rock, Steve Harvey, Eddie Murphy and more, this documentary tells a chronological story of Black comedy in this country.

All titles are available on TheGrio On Demand!