The legal documents do not indicate why the reality TV star decided to withdraw the claims.

NeNe Leakes has dropped her lawsuit against producers at Bravo and executive producer Andy Cohen after accusing the network of fostering a hostile and racist work environment.

As reported by People, court documents filed in Atlanta on Friday reveal the “Real Housewives of Atlanta” reality star “dismisses this action and all claims asserted by Leakes without prejudice.” The Sun, which first reported that Leakes had dropped all claims against the network, also noted that she still has the option to pursue the case again in the future.

“All Parties consent and stipulate to the foregoing dismissal,” the document reads. “No party will seek recovery of costs or attorneys’ fees in any submission to this Court.”

The legal documents reportedly do not indicate why she dropped her claims.

As reported by the Associated Press previously on theGrio, the lawsuit filed in federal court in Atlanta in April alleged that Leakes, who is Black, complained to executives about years of racist remarks from fellow housewife Kim Zolciak-Biermann, who is white, but that only Leakes suffered consequences. 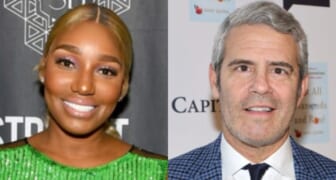 Also Read:
Andy Cohen and NBC negotiating with NeNe Leakes to pursue settling her lawsuit out of court

The suit noted that after Leakes’ “complaints to the executives overseeing the show, they ‘did not terminate their relationship with Zolciak-Biermann, nor take any other meaningful action to put an end to her racially-offensive behavior,’ and if anything, rewarded her by giving her her own spinoff show,” per The AP.

While Leakes didn’t name Zolciak-Biermann in the lawsuit, the former “RHOA” cast member called Leakes’ allegations “ridiculous” when she appeared on “The Nightcap with Carlos King” in June, also saying Leakes “knows what she’s saying is not true in regards to me.”

The “Tardy for the Party” singer added, “I’ll deal with her when she’s done with them,” People reported. “You can’t say things that aren’t true and try to defame somebody.” 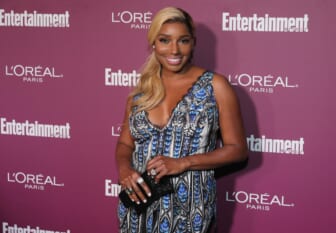 Also Read:
NeNe Leakes speaks out after lawsuit reports, says she “would never” steal a husband

Leakes announced her exit from “Real Housewives” in September 2020, telling fans in a post on her YouTube channel that she “made the very hard and difficult decision to not be a part of Real Housewives of Atlanta season 13.” She claimed her complaints were partly the reason she was forced off the series, AP reported.

“It wasn’t an easy decision for me. It was hard. I started on The Real Housewives of Atlanta in 2008. We took off like a rocket. I mean, we took off. You could have never told me that I would start on this little show and it’d still be going strong 13, 14 years later,” she continued, People reported.

“I’m just so happy that I can say that I was a part of a genre that opened up doors for Black ensemble reality shows to step up and be a part of what we all now love so much, reality TV,” Leakes added.

Leakes appeared as one of the central stars for the first seven seasons of the franchise.