The record company was criticized for signing an augmented reality artist that depended on Black stereotypes.

FN Meka, partially powered by artificial intelligence, is a virtual “robot rapper” that has amassed over 10 million followers on TikTok, according to The New York Times. Capitol touted the signing as the first of an augmented reality (A.R.) artist to a major label. However, the move drew considerable criticism for allegedly exploiting Black stereotypes.

Capitol accompanied the announcement of dropping FN Meka with a statement that addressed the backlash:

“We offer our deepest apologies to the Black community for our insensitivity in signing this project without asking enough questions about equity and the creative process behind it. We thank those who have reached out to us with constructive feedback in the past couple of days — your input was invaluable as we came to the decision to end our association with the project.”

The company behind Meka, Factory New, stood by the team effort on the creation, though one founder, Anthony Martini, conceded that early content, “if you take it out of context, it obviously looks worse or different than it was intended,” according to the Times report.

The first official single by FN Meka via Capitol was “Florida Water.” Released on Aug. 12, the day that Capitol announced the signing, “Florida Water” featured rapper Gunna and Clix, a professional Fortnite player.

Among those criticizing Capitol’s signing of a virtual rapper was the nonprofit activist organization Industry Blackout. The group posted a statement about the signing of FN Meka, calling the “robot rapper” a “caricature,” and contending that Capitol displayed a “lack of awareness” about the offensive nature of the signing. 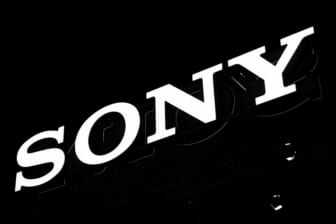 “It is a direct insult to the Black community and our culture,” read the Industry Blackout statement. “An amalgamation of gross stereotypes, appropriative mannerisms that derive from Black artists, complete with slurs infused in lyrics.”

The statement went on to say, “This digital effigy is a careless abomination and disrespectful to real people who face real consequences in real life.” One real-life situation Industry Blackout cited is that of Gunna, who it said was “incarcerated for rapping the same type of lyrics this robot mimics.”