Hudson is one of only 17 entertainers ever to win an Emmy, Grammy, Oscar and Tony (EGOT).

The multihyphenate singer and actress has officially received the prestigious Tony award that she added to her expansive list of accolades in June, becoming one of only 17 entertainers ever to have an Emmy, Grammy, Oscar and Tony (EGOT) award.

“Look what arrived yal !!!” Hudson captioned a photo she posted to Instagram. The image showed Hudson smiling and holding her Tony award with the other three trophies lined up on a grand piano beside her.

As previously reported by theGrio, Hudson in 2007 won her first Academy Award, also known as an Oscar, for her role as Effie White in “Dreamgirls.” She earned a Daytime Emmy in 2021 for the animated short, “Baba Yaga.”

Hudson, 40, has two Grammy awards — one for her debut album and one for Best Musical Theater album stemming from her role as Shug Avery in the Broadway revival of “The Color Purple.” 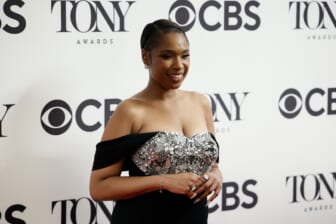 With her Tony award, Hudson joined Whoopi Goldberg as the second Black woman to win an EGOT.

Following her win in June, Hudson posted a celebratory toast on Instagram: “As I said when I won the Oscar [for Dreamgirls], look what God can do,” she said in the video, in which she holds up a champagne flute to toast some of her friends. “Well he done did it again.”

Amid what has already been a highly successful year for the star “American Idol” alumnus, Hudson has more to look forward to: Fox Television Stations will air “The Jennifer Hudson Show” on her birthday, Sept. 12, as reported by PEOPLE.

“People from around the world have been a part of my journey from the beginning – 20 years ago – and I’m so ready to join their journey as we sit down and talk about the things that inspire and move us all,” Hudson said in a statement.