Shalomyah Bowers said the foundation has concluded audits that show no evidence of $10 million going to him or his company.

A lawsuit claims that a leader at the national Black Lives Matter nonprofit misappropriated more than $10 million in donor fees to pay his own consultancy firm.

According to The New York Post, Shalomyah Bowers, who took over as president of the Black Lives Matter Global Network Foundation in April, transferred the funds for the financial benefit of his own company, Bowers Consulting Firm.

Bowers is also accused of diverting assets from Black Lives Matter Grassroots, Inc., a group that claims to advocate for BLM chapters around the country. Walter Mosley, the lawyer who drafted the complaint against Bowers, founded the organization in California in May.

“Mr. Bowers decided he could not let go of his personal piggy bank,” BLM Grassroots said in the lawsuit, which was filed in Los Angeles Superior Court on Thursday, according to The Post. “Instead, he continued to betray the public trust by self-dealing and breaching his fiduciary duties. Instead of using the donations for its intended purposes, Mr. Bowers diverted these donations to his own coffers and intentionally took calculated steps to prevent those same resources from being used by BLM for on-the-ground-movement work.”

Bowers, denying Mosley’s claims, said the foundation has just finished audits that show no evidence of $10 million going to him or his company. He referred to the action against him as a power grab by irate activists attempting to seize control of the movement. 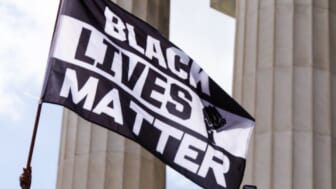 Bowers asserts that a group of activists under the direction of Melina Abdullah, a professor of Pan-African Studies at California State University Los Angeles who was excluded from the foundation’s reorganization, is working to depose the existing board of directors.

“It’s the most insane thing I’ve read in a court pleading, and it’s signed under penalty of perjury when they know it’s a lie,” Bowers said, according to The Post.

“We are in the process of correcting things,” he added, “of fixing things and dealing with disgruntled people who want to take over the group.”

This is not the first time that Black Lives Matter has been at the center of a controversy brought on by the alleged improper handling of funds.

Former BLM Global Network Foundation leader Patrisse Cullors was previously accused of financial misconduct after it was alleged that she misappropriated millions of dollars in donations, Associated Press reported in May. 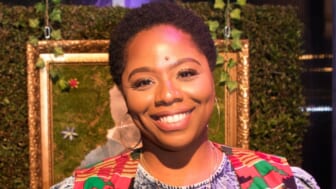 It was previously revealed that the charity had spent $6 million on a residence in Studio City, an expensive neighborhood north of Hollywood, in 2020.

Cullors denied squandering the millions yet did acknowledge that BLM was unprepared to manage a flood of donations following protests over George Floyd‘s death at the hands of Minneapolis police officers in 2020.

She announced her resignation in May 2021, claiming it had been planned for some time and had nothing to do with any alleged wrongdoing. In accordance with a 990 form submitted to the IRS for the time period of January through June 2020, Cullors was the sole employee of the foundation and performed the duties of executive director without compensation.

Since Cullors’ departure, Bowers said, Bowers Consulting Firm has been working to organize BLM’s infrastructure. He also said the company has undergone an independent financial audit, which would ultimately demonstrate that “nothing impermissible or nefarious has happened” with BLM’s finances.

“We are now a foundation that is deeply devoted to investing in organizations that are committed to doing the work of abolition (and) committed to building Black power,” he said, as AP previously reported.