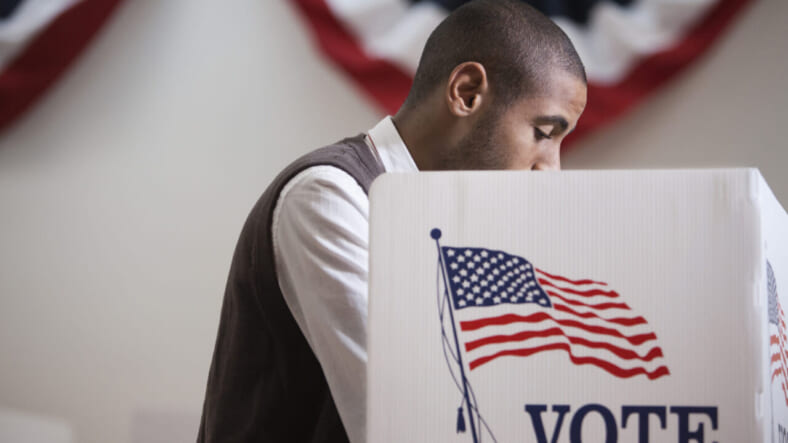 The ballot is the most powerful weapon Black Americans can wield in our long struggle against the systemic racism that has targeted us and our ancestors for discrimination from the days of slavery through today.

But a ballot is useless if it isn’t cast—like a car with an empty gas tank or a dead battery, it won’t get you anywhere. And unfortunately, too many of us aren’t casting ballots, giving up our precious right to have a say in who will make our laws and run our governments at the local, state and federal level. 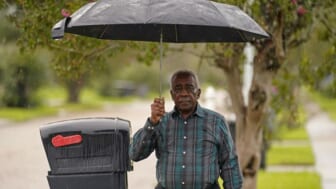 In the 2020 presidential election—where voter turnout hit a record high—71 percent of white citizens voted but only 63 percent of Black citizens cast ballots. This is a gap we need to close if we are to elect more Black candidates and candidates of other races who will support policies to promote equality, equity and opportunity for all.

The turnout rate for midterm elections, which is traditionally lower than voter participation in presidential election years, was nevertheless the highest midterm rate in recent history in 2018. But there was a gap between white and Black turnout here as well that must be closed. While 57.5 percent of eligible white voters cast ballots, only 51.4 percent of eligible Black voters did.

Some heroes of the civil rights movement, like the late John Lewis (who later was elected to the U.S. House from Georgia), were savagely beaten when they sought voting rights and other equal rights for Black Americans. Others, like the Rev. Martin Luther King, were murdered.

We stand on the shoulders of these great men and women. When we fail to exercise the right to vote that they fought so hard to win for us, we dishonor their memories and negate their hard work and sacrifice. We must not do this.

Republicans at the state level are working overtime to make voting harder for Black people and other people of color—along with low-income people, college students, the elderly and other Americans likely to vote for Democrats.

On the federal level, Republicans in Congress have blocked Democratic efforts to override state voter suppression laws with new voting rights legislation. Passage of this legislation is vital to preserving our hard-fought right to vote in the wake of U.S. Supreme Court decisions that weakened the Voting Rights Act.

Election Day across the U.S. is Tuesday, Nov. 8. But since a dramatic increase in voting by mail and early voting two years ago to fight the spread of COVID-19, we now have election season, rather than a single day to exercise our right to vote. States send mail ballots to voters from as early as 90 days to as late as 20 days before Election Day. You can find a list of dates for every state here.

Most states also allow early in-person voting to avoid long lines on Election Day, with polls opening anywhere from five to 50 days before Election Day. A list of dates for every state offering this voting option can be found here.

The midterm elections this year are some of the most important in American history. As President Biden has pointed out, defeated and twice-impeached former President Trump and his most loyal followers aren’t just fighting Democrats. They’re waging war on democracy itself.

MAGA-aligned Republican candidates for the U.S. House, U.S. Senate, governorships and secretary of state (often the top election officials in states) in several states are falsely claiming that Trump won the 2020 presidential election. They are saying they will take steps if elected to help Republicans win office two years from now even if Democrats get more votes.

In other words, these Republicans want to take away the voting rights of people of every race who don’t vote for Republicans. This is the kind of rigging of elections we see in dictatorships like Russia, China, North Korea and Cuba. We need to elect candidates this year who will put safeguards in place to prevent the MAGA-aligned Republicans and others who support them from toppling our democracy.

Another reason to vote is that we have a record number of Black candidates running for office this year. They need our votes to win. They include Democratic U.S. Senate candidates Cheri Beasley in North Carolina, Sen. Raphael Warnock in Georgia, Rep. Val Demings in Florida and Lt. Gov. Mandela Barnes in Wisconsin. Black Democrats running for governor include Stacey Abrams in Georgia, Deidre DeJear in Iowa and Wes Moore in Maryland. And we have several Black lieutenant governors running for re-election and other statewide office holders.

For most of American history, the needs of our Black population have gone unmet. Without the vote, we give politicians no reason to pay attention to us. But when we exercise our vote, they have to pay attention to us to get elected. That’s how we leverage our political and economic power. 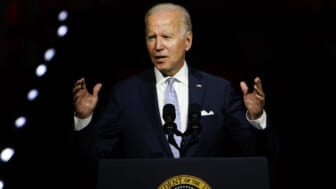 Voting empowers us. It helps reshape American society, our laws and our policies to better meet our legitimate needs. It’s a statement of pride in our self-worth and full participation in our great country.