OPINION: If “questions that need answers” were a play, New Jack City Live might be it. I can’t wait to check it out. 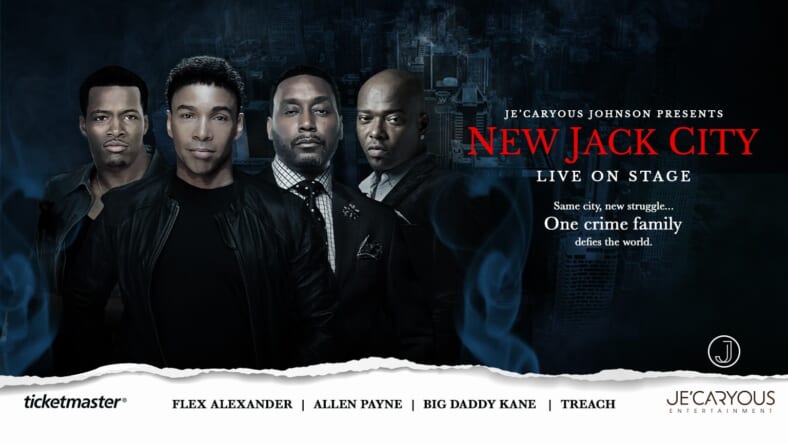 I remember a few years ago when the stage play Set It Off Live hit the consciousness. Writer/producer/director, etc. Je’Caryous Johnson took the 1996 classic film starring Queen Latifah, Vivica A. Fox, Elise Neal and Jada Pinkett and either brought them all back to life (only Jada’s character Stoney is alive at the end of the film) or re-created the movie. You see, I don’t know what happened because I didn’t get a chance to see it, and I’ve regretted it ever since.

The stage play starred Da Brat, Keshia Knight-Pulliam, LaToya London and Angela Simmons, and I heard there were ghosts and all manner of foolywang. Just as a point of note, depending on where you saw the play might have determined who was in it; I’ve read reviews that also featured Letoya Luckett and Kyla Pratt, among others. It sounded EXACTLY like the kind of entertainment I would pay hard-earned money to see. I was basically the guy in that old Cars.com commercial who loved all things lime green who suddenly found a lime-green car available to purchase. Again, I was very sad I didn’t get to see it. 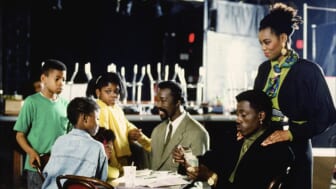 Also Read:
28 Days of Black Movies: 5 quotes from ‘New Jack City’ that I use on my parenting journey

That won’t be the case this time around. My social media timelines have been aflutter with the news of Mr. Johnson’s newest play, New Jack City Live. You remember New Jack City, the 1991 crime drama that introduced the world to drug kingpin Nino Brown (played by Wesley Snipes) and the Cash Money Brothers, including Nino’s right-hand man, Gee Money (Allen Payne). Such a great movie. So you can imagine my glee when I saw the promo poster all over my Facebook page for the new play coming soon to a theater in my city. Here’s the thing; because it’s a play, you can’t exactly drop a trailer; BUT, the promo poster says A LOT. The play stars Flex Alexander, Big Daddy Kane, Treach and…Allen Payne! Yes, one of the original cast members of the film is in the play! The poster reads “Same City, New Struggle…One crime family defies the world.”

So, of course, being the inquisitive chap that I am, I have some questions and I thought I’d share them with you. I have eight questions to be exact. Let’s get to it.

I realize this sounds harsh coming out the gate, especially since I plan to see it and sound enthused about it. But I just always wonder how decisions are made to re-create these classic films as plays. Like why New Jack City? I suppose it’s super dramatic so that works, and perhaps a lot of the scenes lend themselves to rap-sung dialogue, too? Yo no se. But why?

Not my question; it’s the most constant question I’ve seen on social media since this play ended up catching folks’ attention. Me. I asked for it. Thank you.

3. So errrrum, looking at the poster, just who in the hell is who?

Is Treach or Big Daddy Kane playing Nino? Either seems primed for it, though Treach has more of a menacing demeanor. Big Daddy Kane, though, is way more smooth. So maybe one is Nino and the other is Gee Money? Flex absolutely looks like he’s supposed to be the white cop, Nick, from the first movie so is Allen Payne now playing Scotty Appleton—the other main character cop whose mother was killed by Nino? Is Allen Payne trying to see the other side of the game? I’m so curious.

4. Why is Allen Payne in this to begin with?

Might be controversial but I kind of feel like once you’ve already participated in a classic, you kind of should sit out the rest of the attempts to mimic or re-create it. Unless it’s a parody, in which case, absolutely he should be there. I don’t get the impression that this is a parody.

5. Seriously, based on the poster, who is Nino and who is Gee Money?

Had to spin the block on this. Big Daddy Kane is more front and center, implying that he’s more important (and since Allen Payne is dressed like he is on salary somewhere, he can’t be playing Nino this go ’round), but I really feel like Treach could pull off Wesley Snipes’ Nino Brown better. Now, it is a play that is obviously a reimagining, which means that maybe we get a new take on Nino from the smooth operator himself? I mean, Kane has several rap lyrics that I think could be used to replace some of the original lines. Hmmm….

The movie was set in the late ’80s and early ’90s, which fits with its theatrical release. Well, it’s 2022; the stars don’t exactly look like they’re dressed for the ’90s. Then again, the only person whose style you can glean much from is Kane. And he is definitely in a more modern-looking suit. A lot of the dialogue in the movie was true to its era; I wonder if this play updates itself to include modern lingo. Basically, will somebody use the term “lit” or “spin the block” at some point? I’m assuming marquee lines like “cancel that b—–!” will remain untouched. Or “Rock-a-bye, baaaaby!” 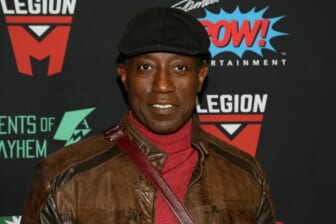 Also Read:
Wesley Snipes is not here for the ‘New Jack City’ reboot

7. Assuming Allen Payne is Scotty and thus tasked with bringing down Nino, do you think he’ll shed a tear when Gee Money dies?

I have to imagine that supremely pivotal scene will make the play, right? You can’t have a New Jack City revival without Nino and Gee Money on the roof where Nino calls Gee out for trying to make his own moves and compromising what they built over ego. “Am I my brother’s keeper??” I guess we’ll see. I’m just saying, I’d cry if I were watching it from the wings.

Is it possible that they will pick up where the movie left off? For context, Nino AND Gee Money are dead when New Jack City ends. Like, is this Nino Brown Jr. and Gee Money Jr. rebuilding the Carter, but in Harlem in 2022? That has promise. What if they’re all the offspring of the prior characters? I don’t think Nino had kids, but Gee Money probably had a slew, so who knows? I’m curious. I can’t wait.