Co-defendant Derrell McDavid said he saw no early signs Kelly sought minors for sex, blaming those hoping to profit off the superstar's fame.

CHICAGO (AP) — Singer R. Kelly’s former business manager told jurors Wednesday he believed the singer’s denials of sexual misconduct that emerged against his boss, adding that he came to understand that fending off false claims was a cost of doing business for a superstar.

Derrell McDavid, a co-defendant at Kelly’s child pornography and trial-fixing trial in federal court in Chicago, said he saw no early signs Kelly sought minors for sex, blaming Kelly enemies and those hoping to profit off his fame for concocting the allegations.

Prosecutors ended their two week presentation to jurors before the Labor Day holiday, which included the testimony of four Kelly accusers who described him as a master manipulator.

McDavid and Kelly both face charges of conspiracy to obstruct justice that accuse them of rigging Kelly’s 2008 trial, at which the R&B star was acquitted. A third co-defendant, former Kelly associate Milton Brown, faces one charge — conspiracy to receive child pornography.

McDavid told jurors he had seen the prosecution’s star witness — referred to by the pseudonym “Jane” at the current trial — when she was a minor hanging around Kelly’s studio in the late 1990s. He said Kelly angrily denied rumors that he was sexually abusing Jane, who Kelly described as his god daughter.

“I believed him,” McDavid testified.

McDavid spoke in a dry, matter-of-fact manner from the witness stand for more than four hours Wednesday. Before the trial resumed after a lunch break, McDavid stood at the Kelly defense table and spoke amiably with his former employer.

Testifying earlier for prosecutors, Jane, now 37, said Kelly sexually abused her hundreds of time starting when she was 14. She also said she was the girl in a child pornography video at the center of the 2008 trial and entered as evidence at the current trial. She said Kelly produced it.

McDavid is the only one of the three defendants testifying in his own behalf. Both Kelly and Brown told the trial judge last week they would not testify.

McDavid, who said he came to see Kelly as a son after he started to work for the budding star in the early ’90s, portrayed Kelly as a once-in-a-lifetime talent who, shy and humble as a younger man, struggled to cope with booming fame and fortune.

“As he (rose to) superstardom, he started to act like most superstars,” he said. McDavid added: “When I first met him, he was shy around women.” The now-famous Kelly, he said, started to embrace the attention of women wherever he went, sometimes paying for women’s flights to see him in Chicago.

When McDavid’s lawyer, Beau Brindley, interrupted to ask if he was referring to girls ages 13 and 14, McDavid said no. 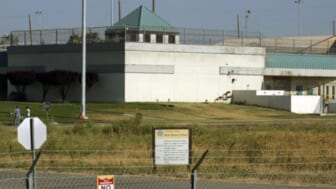 As more rumors began to circulate about Kelly’s possible misconduct and as the first accusers came forward around 2000, McDavid said he didn’t believe them.

McDavid said the lesson he learned from one litigator who represented Kelly in an early lawsuit alleging sexual misconduct was that it’s better for stars to settle suits — even if settling them makes them appear guilty.

“Even a rumor of something like this getting out could hurt your client — even if it is not true,” McDavid said, citing what the lawyer explained to him.

Leading up to Kelly’s 2008 child pornography trial, McDavid said he had no reason to think Jane was the person in the video that jurors would be asked to assess. She had told a grand jury before the trial began that she was not the one in the video.

“There was absolutely no truth to any of this.… She denied it. Her parents denied it,” McDavid said about his thinking. His conclusion at the time, he said, was that the allegations were “some grandiose plan… to destroy Robert Kelly.”

Jane and her mom testified during the current trial that Kelly and his associates used intimidation and payoffs to ensure they lied to the grand jury and to ensure they would decline to testify against him at the 2008 trial.

McDavid was expected to resume his testimony for the defense on Thursday.