Gugu Mbatha-Raw and Stephan James break down ‘Surface’ on Apple TV+, playing layered characters and more on ‘Acting Up’

The "sexy, elevated" thriller series starring and executive produced by Mbatha-Raw is available to stream now on Apple TV+

On the latest episode of theGrio’s “Acting Up,” Cortney Wills sits down with actors Gugu Mbatha-Raw and Stephan James, who currently star in the Apple TV+ show “Surface.”

Breaking down the “sexy, elevated thriller,” both actors open up about their experience on the show, playing layered characters, and more.

Like most projects from Reese Witherspoon’s media company, “Hello Sunshine,” “Surface” offers a nuanced female-centered story, something that quickly caught the eye of Mbatha-Raw, star and executive producer of the series.

“Them inviting me to be an EP on the show and be able to be on board at such an early stage . . . it’s been amazing! There’s a lot of me in this show, in terms of the DNA of this show and the sort of taste and style of it,” the award-winning actor said. “It’s a great challenge.”

In “Surface,” Mbatha-Raw takes on the role of Sophie, a woman who experiences extreme memory loss after suffering a major head injury, believed to be the result of a suicide attempt. The series is available in its entirety on Apple’s streaming platform.

“As Sophie embarks on a quest to put the pieces of her life back together with the help of her husband and friends, she begins to question whether or not the truth she is told is in fact the truth she has lived,” the official description details.

The framework of the project, which follows Sophie as she attempts to unravel this mystery, proved to be an exciting yet challenging endeavor for Mbatha-Raw.

“That to me is always what I’m craving, always what I’m looking for,” she said when describing the nuances and complexities in Sophie. “Sometimes they’re not always there and you have to mine for them. 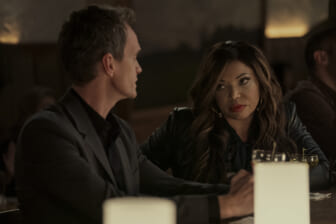 “On this one, they were really part of the identity of the show . . . the idea of this duality of identity, of this fragile woman evolving into this sort of fierce, empowered person in her world, and being able to kind of go from looking to everyone else to define who she is and actually digging deep within herself to choose show she is going to become.”

In addition to the shift in her approach to acting, her duty as an executive producer also provided thrilling new experiences for her artistically.

“It’s not just after the camera stops rolling, it’s before,” she said explaining duties like pitching the project to Apple, interviewing directors, and more. “I had never been a part of a pitch before at that early stage.”

Mbatha-Raw also had a say in the casting of the show, which proved to be exciting, especially when casting Stephan James.

“He brings such a soulful, grounded gravitas to everything he’s in,” she said. “You just believe him. He has a strength and a reality, but also a deeply romantic energy.”

When speaking to theGrio about what attracted him to the role, James revealed he loved the “gray area” his character lives in.

“I saw this character to be a guy that I couldn’t quite put my finger on,” James said. “The fact that I didn’t completely know this guy after reading the pilot was a good sign that this was a guy I was going to be interested in playing.” 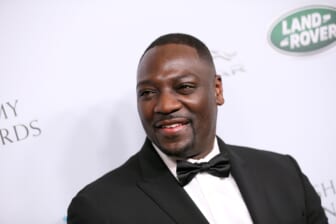 The series also allowed the Black characters in the series to just be characters, with their race being less of a pivotal part of their characterization, something that is rare for Black actors in Hollywood.

For James, he described it as a “beautiful thing.”

“It’s a beautiful thing where you’re not having to discuss your race as a part of the makeup of the story, or it’s not a driving force . . . you could only imagine the freedom that gives us as artists.”