Aretha Franklin was tracked by the FBI in the 1960s and ’70s, newly declassified files show

A 270-page file shows "disgusting suspicion of the famed Black singer, her work, and activists around her,” according to journalist Jenn Dize.

FBI surveillance files tracking Aretha Franklin’s racial justice activism in the 1960s and ’70s were unsealed for the first time Thursday at the request of a journalist under the Freedom of Information Act.

The 270-page document, acquired by journalist and Courage News founder Jenn Dize four years after requesting them when Franklin died in 2018, “show[s] repeated and disgusting suspicion of the famed Black singer, her work, and activists around her,” according to tweets from Dize’s Twitter account.

Filling the pages are two decades worth of FBI agents’ records of performances, public appearances, telephone calls and more, including records of when Franklin attended a Southern Christian Leadership Conference convention held in 1967 under Dr. Martin Luther King’s leadership, according to PEOPLE.

Documents filed during the ‘60s include agents’ claims that “SCLC leadership has taken a ‘hate America’ and ‘pro-Communist’ line following public remarks about China made by Franklin’s father, Clarence “C.L.” Franklin, as reported by the outlet. 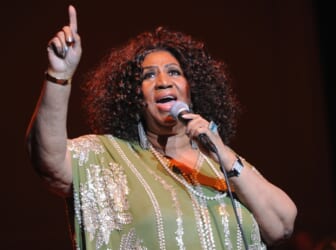 Following King’s death in 1968, Franklin performed at a memorial for the civil rights leader alongside Sammy Davis Jr. and The Supremes — an event that FBI agents tracked out of suspicion that it “would provide emotional spark which could ignite racial disturbance.” Agents also said that the group had “supported militant black power concept,” per the report.

Additionally recorded in the documents are two death threats the singer recieved, one over the phone in 1979 and one through the mail in 1974, per the outlet.

According to PEOPLE, most of the file details exchanges between Franklin’s attorneys and the FBI in 2005 when the singer’s legal team pursued a copyright infringement lawsuit against a bootleg CD and DVD scheme operating through a Yahoo message board.

Franklin, widely known as the “Queen of Soul,” died from pancreatic cancer at her Detroit home on Aug. 16, 2018. Dize tweeted on Thursday that she would be following up with “all involved parties” and estates for publication in a follow-up report.