REST IN POWER: Queen of Soul, Aretha Franklin dies at 76

The iconic singer was surrounded by family in her final moments. 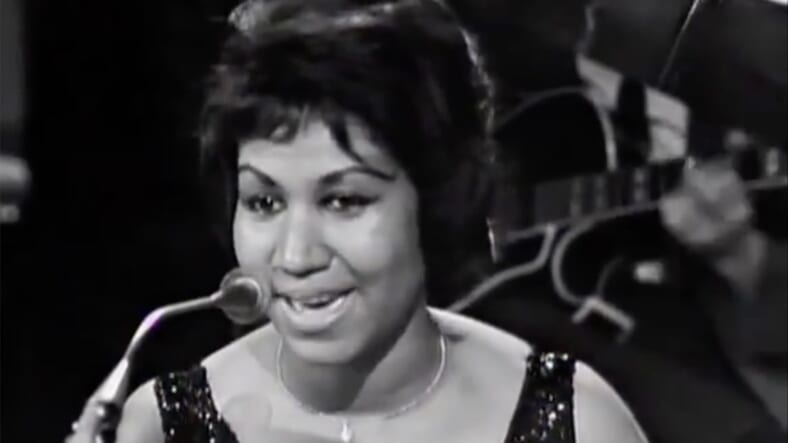 Aretha Franklin has passed away.

Publicist for Aretha Franklin told the Associated Press that the Queen of Soul died Thursday at her home in Detroit.

On Monday, August 13,  reports surfaced that Franklin was “gravely ill” and her family was asking for prayers.

Evrod Cassimy, an award winning journalist based in Detroit, posted Monday afternoon that he had actually spoken to the Queen of Soul and at the time, she was resting and surrounded by close family and friends.

Just got a chance to speak to Aretha Franklin. She is resting and surrounded by close friends and family. More details ahead on Local 4 News at 12pm. #ArethaFranklin #aretha

Earlier in the day, he posted: “I am so saddened to report that the Queen of Soul and my good friend, Aretha Franklin is gravely ill. I spoke with her family members this morning. She is asking for your prayers at this time. I’ll have more details as I’m allowed to release.”

Sources have told TMZ the singer was battling cancer.

BREAKING NEWS: I am so saddened to report that the Queen of Soul and my good friend, Aretha Franklin is gravely ill. I spoke with her family members this morning. She is asking for your prayers at this time. I’ll have more details as I’m allowed to release.

Franklin has been a beloved figure in the entertainment industry for decades and turned out 112 charted singles, 17 top 10 pop singles, and 20 No.1 R&B singles. Her 1967 hit “Respect” is the ultimate civil rights and feminist anthem and will forever be known as her signature song.

Aretha Louise Franklin was born in Memphis, Tennessee in 1942. Her father, Clarence LaVaughn Franklin, was a preacher and her mother was a piano player and vocalist. The family moved to Detroit when Aretha was four years old when her father took over the pastorship at New Bethel Baptist Church and developed a reputation for having a “million dollar voice.” Aretha traveled with him and performed gospel songs at several churches, ultimately signing her first record deal at the age of 14 with J.B.V. Records in 1956.

Franklin began her mainstream music career in 1960 when she signed to Columbia Records and released her first secular album, Aretha: With The Ray Bryant Combo that included her first-ever charting single, “Won’t Be Long” in 1961.

She moved to Atlantic Records in 1966 and released her first top 10 hit, “I Never Loved a Man (The Way I Loved You)” the following year. Months later, she dropped her quintessential offering “Respect” nabbing her first No.1 hit on both the R&B and pop chart. Two more top 10 singles, “(You Make Me Feel Like A) Natural Woman” and “Baby I Love You” quickly followed, setting the tone for an illustrious career full of accolades.

In 1980, she signed with Clive Davis‘ Arista Records and delivered a command performance  at Albert Hall for Queen Elizabeth. In 2009, she performed “My Country ‘Tis of Thee” at President Barack Obama‘s Inauguration, and in 2014, she became the first woman  to have 100 songs on Billboard’s Hot R&B/Hip-Hop Songs chart.

Franklin announced her plans to retire from touring in February 2017, so that she could more time with family. Rolling Stone quoted her statement:

“I am retiring this year,” the singer told a Detroit news station. “I will be recording, but this will be my last year in concert. This is it.”

As news of Franklin’s delicate health and photos of her drastic weight loss started to make headlines, fans were saddened, but understood her need to prioritize her health.

Despite the retirement announcement, Franklin still had dreams of opening and performing live at a Detroit nightclub named in her honor.

“I’m interested in doing a small nightclub downtown, and… have been talking about this for a couple of years now,” Franklin said. “In my retirement plan, I’d like to have a small club here in Detroit… From time to time I would sing,” according to Rolling Stone.

Last summer, Aretha Franklin was honored in Detroit with a street named in her honor. A crowd gathered at the Music Hall Center for the Performing Arts  for the reveal of the new sign for “Aretha Franklin Way,” and Franklin admitted that she was a little emotional.

“I knew I would get weepy when I got down here,” she told the gathered crowd before she went on to thank the city for the honor. “Every time I come down here, I want to see it…I’m gonna dance down it. Thank you.”

In March 2018, Franklin was put on bed rest by her doctor, forcing her to cancel several concerts including a scheduled appearance at the New Orleans Jazz & Heritage Festival.

Her last public performance was last year at the Elton John AIDS Foundation in NYC.