Lewis, a three-time Grammy Award-winning pianist and composer who led the crossover of jazz in the 1960s, died at his Chicago home.

Ramsey Lewis, the accomplished pianist and composer, has died at age 87. The three-time Grammy Award-winner helped usher instrumental jazz into the mainstream in the 1960s, thanks to songs like “The ‘In’ Crowd” cracking the Billboard pop charts.

Lewis’ death was confirmed Monday on his official Facebook page. He passed away peacefully while surrounded by his family in his Chicago home.

“Ramsey’s passion for music was truly fueled by the love and dedication of his fans across the globe,” shared Janet Lewis, his widow. “He loved touring and meeting music lovers from so many cultures and walks of life. It was our family’s great pleasure to share Ramsey in this special way with all those who admired his God-given talents. We are forever grateful for your support.”

Lewis’ notable career spanned six decades of music-making that includes seven gold-selling albums. While he was classified as a jazz pianist, he incorporated and conquered funk, pop, gospel, Latin, electronic and R&B throughout his illustrious catalog.

The National Endowment for the Arts (NEA) Jazz Master was renowned for his work as leader of The Ramsey Lewis Trio, alongside bassist Eldee Young and drummer Redd Holt. After releasing their first album on Chess Records in 1956 and playing iconic clubs like New York’s Birdland and Village Vanguard, their music crossed over in the mid-1960s.

Their 1965 single, “The ‘In’ Crowd,” became a smash, winning Lewis a Grammy Award. The trio also had hits with “Wade in the Water” and “Hang On Sloopy.” Young and Holt would leave Lewis, earning their impact with “Soulful Strut.” Lewis would replace them with bassist Cleveland Eaton and drummer Maurice White, the famed future Earth, Wind & Fire founder, and win another Grammy with his new lineup. 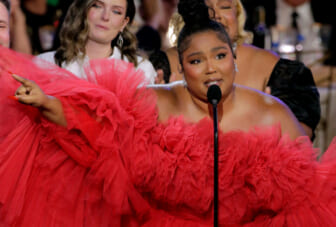 Also Read:
Lizzo honors fellow ‘Big Grrrls’ during Emmys speech: “All I wanted to see was me”

Throughout the 1970s, Lewis would fuse funk and soul into his repertoire. The best-known example of this came from his hit 1974 LP, “Sun Goddess,” its two crossover hits — “Hot Dawgit” and the title track — co-produced by White and featuring Earth, Wind & Fire members.

In the 1990s, he formed Urban Knights, an acclaimed jazz supergroup with musicians including Grover Washington Jr., Earl Klugh and Dave Koz. The first of their eight albums, 1995’s “Urban Knights I,” was produced by White. The last of them, “Urban Knights VII,” was released just three years ago.

Lewis was active well into his 80s. One of his final showcases came in September 2019 at the Chicago Jazz Festival, according to The Chicago Tribune. This performance came a year after announcing his retirement from performing live.

Lewis is survived by his wife Janet, daughters Denise and Dawn, sons Kendall, Frayne and Bobby, 17 grandchildren and three great-grandchildren. He was predeceased by sons Ramsey III and Kevyn.