The comedy from Kevin Iso and Dan Pearlman will not return for a third season.

“Flatbush Misdemeanors” is officially bowing out at Showtime. The acclaimed comedy series on the network has been canceled after its second season, according to recent reports.

The series took viewers into Flatbush, Brooklyn, following characters Dan and Kevin (played by show creators Dan Perlman and Kevin Iso, respectively) as they navigated living in the city and climbing “out of their heads and connecting with others.” The show earned massive critical acclaim, earning a coveted 100% score on Rotten Tomatoes, making its cancellation that much more surprising.

In a statement to Deadline, Showtime said, “’Flatbush Misdemeanors’ will not be moving forward with a third season. We would like to thank the creators, executive producers and stars Kevin Iso and Dan Perlman, along with fellow executive producer Keith Heisler, our partners at Avalon, as well as our scene-stealing supporting cast of Kristin Dodson, Hassan Johnson and Kareem Green.”

The statement continued, “We’re very proud to have taken Kevin and Dan’s distinctive shorts and expanded it into two seasons of excellent television. Those two funny and inventive seasons will live on our site for audiences to continue to discover and enjoy.”

Perlman reacted to the news on Twitter, quoting the Deadline article. He wrote, “I’m super grateful to everyone who worked on the show, everyone who watched & shared, everyone @Showtime, & everyone in Flatbush. We made three no-budget web shorts & turned it into two seasons of a critically-acclaimed show & thank you guys for supporting #FlatbushMisdemeanors.” 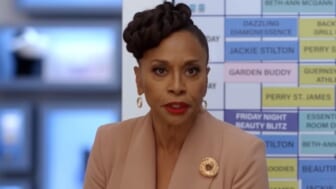 Last year, theGrio sat down with Iso who broke down the then-brand new series with Chris Witherspoon, speaking about the show’s trajectory from web-series to Showtime comedy. “Four years ago, we were working on a version of something that wasn’t this, but we were playing the same characters,” he explained. “The idea was to create something that was more long term. We put the whole thing together and conceptualized it with interstitials and everything.”

Added Iso, “Not having any money forces you to be creative. You find different ways to tell stories when you can’t afford to explode a car or whatever the hell you might want to do.”

The two seasons of “Flatbush Misdemeanors” are currently streaming on Showtime.