A predominately Black residential neighborhood was displaced by Detroit’s mile-long I-375 freeway during its construction in the late 1950s and early 1960s, and federal officials are now planning to spend nearly $105 million to reverse the damage.

According to The Detroit Free Press, the U.S. Department of Transportation is implementing a larger “Community Reconnection” program to try and undo some of the harm caused when areas with a significant Black population were destroyed to build freeways. As part of this program, Interstate 375 will become a lower-speed boulevard.

Transportation Secretary Pete Buttigieg said that while it’s true most of the harm can’t be undone, that’s no excuse not to take action.

“There is an original generation of people who were displaced or cut off that may never fully be made whole,” said Buttigieg, according to The Free Press. “But to me, that’s all the more reason to get to work quickly.”

The project — which Buttigieg said was chosen via a competitive process after being recommended by the Michigan Department of Transportation — will advance with community input and will increase equity and safety.

In addition to its conversion to a lower-speed boulevard that will be linked to nearby residential streets, the construction project will install traffic control measures, repair a storm water runoff pump station and build wider sidewalks. 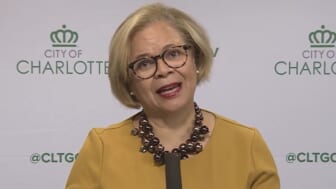 The Washington Post reported that the I-375 freeway forced the eviction of more than 100,000 area residents. Today, there are almost no traces of the Black Bottom neighborhood or the neighboring Paradise Valley entertainment district, which once housed jazz clubs and hundreds of other Black-owned businesses.

Detroit Mayor Mike Duggan said the funding from the Biden administration would cut the project’s time frame by two years, helping to correct the citywide consequences of the highway’s construction that were felt for three generations.

“They very intentionally wiped out that whole district and laid the freeway in a way that displaced thousands of people,” Duggan said, according to The Post. “What we’d like is to knit the community back together.”