Myles Worthington on starting WORTHI, highlighting the ‘power and value’ of people of color, LGBTQ+ people in media

A former executive at Netflix, Worthington has officially launched his ethnographic marketing, communications and content company.

After almost six years with Netflix, Worthington parted ways with the streaming service, having helped many of the company’s multicultural initiatives, among them Strong Black Lead and Con Todo. Now, Worthington’s WORTHI is actively working with major brands in the industry like Paramount+, Lionsgate and others.

WORTHI is first and foremost rooted in ethnography, the study of people and cultures. In its press release obtained by theGrio, the company description says they “steep themselves in the behaviors of various people around the world, and create the cultural relevance between their unique needs, and a brand’s unique story, to create a lasting bond.”

Worthington shared his thoughts on launching this company with theGrio, telling us, “I was raised by a single Black mother in a predominantly white town, and always felt so othered outside of the home. I’ve used that personal experience to drive my professional purpose and have created industry-leading work that helps brands see the power and value of speaking consistently and authentically with Black people, Latinx people, Asian people, LGBTQ+ people and every intersectionality within.”

“Now, I am THRILLED to be doing that with my own company — WORTHI — which officially launched early 2022,” he continued. “The work we’ve been producing with our incredible clients makes me so deeply proud. It’s like the philosopher Beyoncé once said: ‘I’m on that new vibration, I’ma build my own foundation.'” 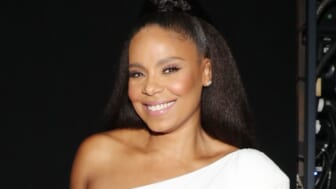 Through marketing and communication strategies like audience identification, brand strategy, and more, WORTHI is partnering with multiple studios and brands to help them connect with targeted audiences. It also contains WORTHI Productions, a content production unit of the company that focuses on “telling stories by and about the historically underserved.”

“The best kind of storytelling is both niche and universal, specific yet inclusive, deeply focused yet broadly inviting,” Worthington shared in the press release announcing WORTHI’s launch. “We’re excited to create beautifully entertaining stories under the WORTHI umbrella, and have our first feature film currently in early development.”