The U.K. actor will star alongside Glen Powell in a reimagining of the classic 1969 film, "Butch Cassidy and the Sundance Kid."

Regé-Jean Page has landed a new starring role on a streaming series. He will join actor Glen Powell in a new “Butch and Sundance” adaptation for Amazon. The two actors worked together on the Netflix film, “The Gray Man.”

Details about the series are scant, but sources say the setting will be an alternate America, similar to Amazon’s, “Man in the High Castle.”

The untitled series is the latest collaboration between Page and Powell, who in addition to acting will get an executive producer credit. Also listed as an executive producer is AGBO, Joe and Anthony Russo’s independent studio. The Russo brothers also came up with the idea for an adaptation of “Butch and Sundance” before bringing on Page, Powell and others.

The Russo Brothers are best known as filmmakers of blockbusters from the Marvel Cinematic Universe (MCU), including “Captain America: The Winter Soldier,” “The Avengers: Infinity War” and “The Avengers: Endgame.” 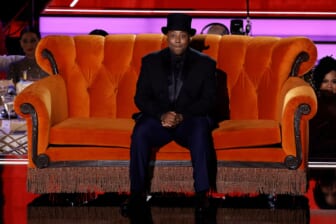 The “Butch and Sundance” series marks Page’s return to a scripted show after his star-making role in Season 1of Netflix’s “Bridgerton.”