The Congressional Naming Commission recommended to Congress that hundreds of Confederate-honoring names on U.S. military assets have their monikers changed, and it’s estimated to cost $62.5 million to do so.

According to CBS News, retired Army Brig. Gen. Ty Seidule, the commission’s vice chair, said it had reviewed roughly 1,100 assets from across the services connected to the Confederacy. In its final report to Congress submitted Monday — ahead of the October 1 deadline — they suggested the Department of Defense rename or remove hundreds of items.

“The Commission recommends the Secretary of Defense authorize Directors of all Defense entities and organizations rename Defense assets under their control that commemorate the Confederacy or individuals who voluntarily served with the Confederacy,” the Naming Commission said in its final report.

“This includes all assets identified on the Defense inventory list to include buildings, streets, and digital assets,” It added. “The Commission recommends the Secretary of Defense establish Defense enterprise-wide process(es) for the physical and digital assets listed in the Naming Plan with the goal of gaining financial efficiencies in the removal, renaming, or modifying of the designated Defense assets.” 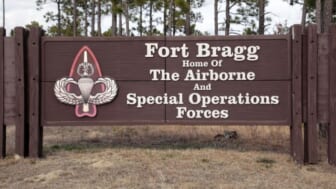 In the second part of its findings, the Naming Commission highlighted items at U.S. military academies, and in the third report, street and building names were identified it says should be removed or renamed by the U.S. Defense Department.

According to CBS, the defense secretary has until January 2024 to implement the suggestions, per the bill.