Jackson's arrival at the Supreme Court comes a day after the 55th anniversary of Thurgood Marshall making history as the nation's first African-American justice.

Justice Ketanji Brown Jackson marks her first official day on Monday as the newest member of the United States Supreme Court where she will sit on the high bench for a lifetime appointment.

As Jackson ascends as the first Black woman installed to the high court, there is a sobering reality: she is in the minority of judicial ideology among the 6-3 conservative majority Supreme Court.

“She is not going to be the savior of the court. However, she is going to write some very powerful dissents that will set the frame for the court going forward,” political strategist Chris Metzler told theGrio.

Kurt Schmoke, president of the University of Baltimore and the city’s former mayor, said “based on the current makeup of the court,” Justice Jackson is “likely to be writing more dissenting opinions than majority opinions, but in time her opinions will have a great impact on law and policy in America.”

Jackson also starts her term on a court plagued with questions over its integrity and legitimacy after its conservative majority controversially overturned a nearly 50-year-old precedent that allowed the constitutional right to an abortion, among other decisions accused of being rooted in partisan politics. 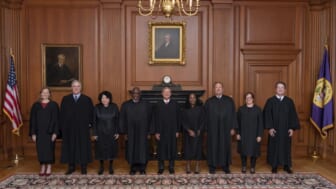 “The current Supreme Court faces many questions of illegitimacy in terms of its decisions. In one way it says if it is not written in the constitution it is not law,” said Metzler. “However, it wasn’t written in the constitution that states can in fact put in place very restrictive abortion laws and criminalize it in some cases of women getting abortions … [but] the court sees no problem in that.”

Jackson is seated on the bench as Americans’ trust in the judicial branch hit a record low of 47%, according to a Gallup poll. That number is a 20-point drop in the last two years.

Star Jones, activist and TV court judge, said Justice Jackson represents more than just her historic entrance as she is “prepared and the best one for the job.” She noted her resume as a graduate of Harvard University and its law school, a former law clerk for a Supreme Court justice, years of experience as a circuit court judge and time as a public defender.

Jackson’s arrival at the Supreme Court comes a day after the 55th anniversary of Thurgood Marshall making history as the nation’s first African-American justice. Marshall, who was a staunch civil rights proponent, had a similar background to Jackson as a former public defender with more liberal interpretations of the law. However, Jones said, “Justice Marshall was a part of a court that had a very different way of thinking.”

When Marshall served on the Supreme Court, it was led by Chief Justice Earl Warren, who is considered to have led the court during its most liberal period from the 1950s until the late 1960s.

“[He] had a mindset for justice and a mindset for putting laws in place that would give more rights and freedoms rather than take them away,” Jones explained.

Today’s court is vastly different than the Warren Court, she argued. Jones continued: “That’s not what the Honorable Justice Kentanji Brown Jackson is faced with right now. She at times will probably be a lone voice in the room, connected in spirit, in truth and in law with the two other female justices [Elena Kagan and Sonia Sotomayor].”

The new session of the Supreme Court is weighty as it will hand down decisions on crucial cases on race, including the constitutionality of redistricted maps that split the voting power of African Americans, and whether to continue affirmative action based on race in college admissions. One of the pair of affirmative action cases involves Jackson’s alma mater, Harvard, where she served on its board of overseers until recently. She previously pledged to recuse herself from that particular case. 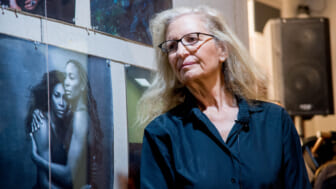 Leah Daughtry, founder and co-convener of the Black-women-centered organization Power Rising, said she believes Justice Jackson will ultimately decide to be part of deliberations on the court’s other affirmative action case involving the University of North Carolina at Chapel Hill.

“It highlights a huge contrast that she made that determination and that Justice [Clarence] Thomas has not made that determination,” she said, referring to Thomas’ involvement in the 2020 case brought by former President Donald Trump in his attempt to challenge the results of his defeat to now President Joe Biden, despite his wife’s activism in support of the Trump campaign’s efforts.

“That’s one of the real concerns and why people have questions about the credibility and the neutrality and the fairness of the Supreme Court in this moment,” said Daughtry.

Jackson is part of a larger push by President Biden to diversify the federal judicial branch. In addition to nominating the first Black female Supreme Court justice, Biden has nominated 13 Black women to the circuit court – eight of whom have been confirmed.

According to the White House, of the 143 federal judges nominated by the president, 68% are women and 66% are people of color — 31% of whom are African American. Before Biden, only eight Black women had been appointed as federal appellate judges.

In celebration of Jackson’s historical term, President Biden and Vice President Kamala Harris and their spouses on Friday attended an investiture ceremony for the new justice.

Civil rights attorney Ben Crump, who has known Jackson for years, told theGrio exclusively that he believes Justice Jackson is “deeply prepared to serve the U.S. Supreme Court and the country with distinction.”

“Her historic service will be a beacon to generations of children of color,” he said. “She will provide a perspective that the court has never had before: the perspective of a Black woman.”