About those Ketanji Brown Jackson photos—what if the problem isn’t Annie Leibovitz? 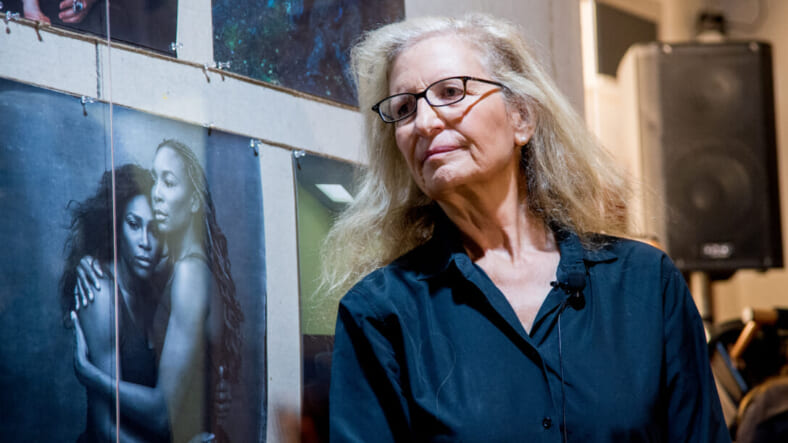 So, we’re here again. It seems only yesterday we were sharing collective angst over the August 2020 double-cover of Vogue, which featured washed-out images of then-Olympian Simone Biles in all of her muscular glory, as photographed by Vogue stalwart Annie Leibovitz. As has become our custom, Black Twitter was quick to critique (read: excoriate) the images, which were shot in the shadowy, desaturated style many others have come to recognize as a Leibovitz signature—one that admittedly does dark skin no favors.

“Leibovitz doesn’t know how to light dark skin!” was the overwhelming complaint, one that resurfaced Wednesday when Vogue released images of newly sworn-in Supreme Court Justice Ketanji Brown Jackson from its September issue. The issue has already made headlines for its cover star, Serena Williams (and daughter Olympia), who chose Vogue as the vehicle to disclose her impending “evol[ution] away” from tennis. By contrast, the two interior images of Justice Jackson don’t accompany an interview with the history-maker herself but an op-ed by 29-year-old public defender ImeIme Umana, reflecting on her own inspirational meeting with the then-federal judge as well as the import of the moment and the inevitable obstacles ahead. 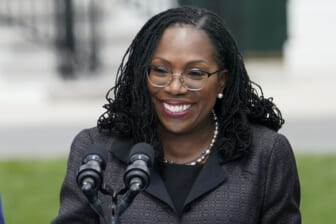 Perhaps that uncertain future in this undeniably dark moment in America’s political history was what Leibovitz (along with the substantial crew of assistants who actually set up her lighting) was attempting to convey—after all, aside from a Supreme Court now heavily weighted to the right and already stripping away rights, just a week ahead of Jackson’s swearing-in, a Gallup poll indicated that trust in the court has reached a historic low. In two largely backlit photographs of Justice Jackson, her regal countenance is (questionably) juxtaposed against the statue of Abraham Lincoln within the Lincoln Memorial and its adjacent reflecting pool; both of which are admittedly better lit than Jackson herself. It’s…a choice, for sure, but is it due to the inadequacy, oversight, or even malicious intent many on Black Twitter seem to think it is? Since I’ve unpacked this issue before, let’s discuss it with some additional context.

You can say a lot about Annie Leibovitz’s style—including that you don’t get and never will get the hype. But with over 50 years in the game, it’s not that she doesn’t know how to light dark skin. It’s that she, like most photographers, uses light as a vehicle for storytelling in her portraiture, with mixed results. As evidenced by countless portraits, including last month’s Vogue cover of Ukrainian first lady Olena Zelenska as well as a quick scroll of Leibovitz’s Instagram page, her lighting choices aren’t always classically flattering to her subjects. And while it may legitimately be argued that those choices are especially unflattering on darker skin tones, it’s worth noting that Leibovitz was also the photographer behind Rihanna’s internet-breaking May 2022 maternity shoot, Amanda Gorman’s lovely March 2021 Vogue cover story, Kendrick Lamar’s 2016 Vanity Fair cover, and the photographer of all three of Michelle Obama’s Vogue cover stories to date. (Do we really think the first lady had no say in her photographer?) Just sayin’—if Annie Leibovitz were to be “canceled” for something, it should’ve been the perverse invoking of King Kong for the April 2008 Vogue cover featuring LeBron James and Gisele Bündchen.

Much like the Kelis vs. Beyoncé debate of late, the indictment of Annie Leibovitz largely ignores perhaps the most major player in the creation and circulation of these images: Vogue magazine. Like its sister publication at Condé Nast, Vanity Fair (where Leibovitz was formerly on staff), under Anna Wintour’s 30-plus years of leadership, Vogue is not only guilty of heavily depending on Leibovitz for its cover imagery but commissioning, approving, and likely also co-creating many of the images that ruffle the feathers of Black Twitter. And that’s not even exclusive to Leibovitz; for those who think a Black photographer was the answer to this particular conundrum, I’m inclined to agree it would have added to the import of the moment—but might I remind you of Vogue‘s February 2021 cover of America’s first Black, Asian and female Vice President, Kamala Harris?

That cover was shot by another first—that is, Tyler Mitchell, the first Black photographer to shoot a Vogue cover (of Beyoncé, for the September 2018 issue). Featured wearing Converse against a rumpled backdrop of AKA colors, Vice President Harris was said to have felt “belittled” by the cover Vogue chose to run—which was reportedly not the image initially agreed upon by her team. And if you hated those images of Simone Biles six months earlier, aren’t the photo editors and Wintour herself equally to blame? The fact is, no magazine photos are produced or published in a vacuum. It takes a village to agree on the handful of images that actually make it to print. 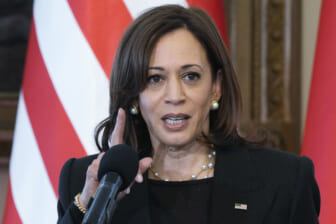 It wasn’t a fashion story

For those looking for some luminous, windblown and fashion-heavy shots of Justice Jackson, may I offer that just like Harris’ shoot, that might not have been appropriate? In fact, what we might be witnessing is an over-correction from Vogue; a shoot so drowned in gravitas as to be borderline comical. “See, we are taking this historic moment seriously!” the photos silently scream—and for good reason. Jackson is only the second justice to appear in Vogue; Ruth Bader Ginsberg sat for a very somber and shadowy portrait by Irving Penn in the mid-’90s. Given that high bar, she might have requested to be featured in a light that gave her dignity, or not at all. Since she does not have a social media presence and has thus far issued no comment on the images, we will likely never know. What we do know is if Annie Leibovitz refused to photograph Black subjects, moving forward, that’d be just as problematic.

Why wasn’t it a cover story?

If anything, I’m more dismayed that Justice Jackson, whose historic appointment will likely have more impact on American lives than any other cover star this year didn’t merit her own cover story—though, as noted above, perhaps she declined to do so. As much as I appreciated Umana’s essay, I couldn’t help but long for Jackson’s own words—but hey, maybe she has better things to do. I certainly hope so.

Would this even matter if Black photographers got as much play as Leibovitz?

The truth is, had Jackson’s photos been taken by, say, Dario Calmese, as at least one commenter suggested, they may have been very similar. After all, Vanity Fair’s first Black cover photographer also likes to work with shadow play and desaturation (as evidenced by his equally controversial August 2020 cover of Viola Davis). So maybe the problem here isn’t Leibovitz but a landscape in which there are still too few of us controlling the narrative. Despite Wintour’s promises to the contrary in 2020, there indisputably remains a dearth of opportunities like this for Black photographers. Reconciling that with the desire—the need—to have our stories told by our people, on our terms; to be seen through familiar and reverent eyes, is understandably infuriating. In some ways, it parallels a justice system in which we have historically remained underrepresented, often with disastrous results. The impact Justice Ketanji Brown Jackson will have on history remains largely unwritten; but ultimately, the impact of her mere presence is larger than any photograph.