Editor’s note: The following article is an op-ed and the views expressed are the author’s own. Read more opinions on theGrio.

The 2022 “BET Hip-Hop Awards” had its fair share of memorable moments. The annual awards ceremony that celebrates achievement in hip-hop and rap had its broadcast premiere Tuesday night The live ceremony was on Sept. 30 at the Cobb Energy Performing Arts Centre in Atlanta.

Grammy Award-nominated rapper Fat Joe was the host for the evening and kicked things off in regal fashion. Joe was accompanied by members of the Clark Atlanta University marching band, which thrilled the crowd with a rendition of Outkast’s “SpottieOttieDopaliscious.” 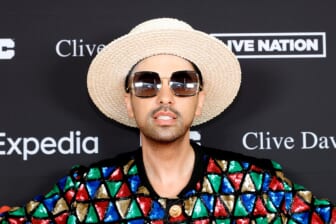 From then on, the night was full of amazing moments, from a live battle rap challenge to the highly anticipated rap cyphers and DJ Cassidy’s final “Pass The Mic.” TheGrio highlighted five of the biggest moments from one of hip-hop’s biggest nights of the year.

Each year, viewers wait to see who will deliver the best raps, whether on stage or during the award cyphers. This year, Kirk Franklin got into the act, stunning the audience when he spit a rhyme as “The Breakfast Club” co-host DJ Envy gave him a beat to ride. The gospel superstar rapped lines like, “I’m God’s property, Jesus’ prodigy, dopest ever? Probably.”

Pusha T Brings Out No Malice For Clipse Reunion

During a ceremony where rappers were joining each other on stage for amazing performances, one of the best was during Pusha T’s appearance. The Grammy Award-nominated MC kicked into a two-song medley from his “It’s Almost Dry” album with “Diet Coke” and “Just So You Remember.” Pusha’s performance was already going well, but things kicked into higher gear when his brother, No Malice, came on stage for a Clipse reunion. The two traded raps from their smash debut single, “Grindin’.”

Many award shows take time to honor all those who passed away the previous year. This year, Joey Bada$$ took it upon himself to do so with a poignant performance of “Head High” from his latest album, “2000.” As the Brooklyn MC rapped about staying positive while surrounded by the dangers of gun violence, he was joined by people in black hoodies, each with the name of a dead rapper on the back. Some of the names were legends like Big L, Tupac and Biggie, while others were recently departed establishing artists like Young Dolph and PnB Rock.

The 2022 “BET Hip-Hop Awards” honored the 30th anniversary of Loud Records with a show-stopping performance of its legendary roster. The 11-minute medley included Dead Prez performing “Hip-Hop,” while Havoc represented his departed Mobb Deep partner, Prodigy, with “Quiet Storm.” Host Fat Joe joined Remy Ma for M.O.P.’s delivery of their rowdy anthem, “Ante Up,” before performing “Lean Back.” After appearances from David Banner, Three 6 Mafia and Project Pat, it all culminated with members of The Wu-Tang Clan doing a mini-medley of their own.

Trina Honored With “I Am Hip-Hop” Award

The “I Am Hip-Hop” Award is given each year as a lifetime achievement for artists with great longevity. This year, the honor was bestowed upon Trina, thanks to the success of her 22 appearances on the Billboard R&B/Hip-Hop charts. The Florida rapper thanked her mom first during her acceptance speech, moving her to tears. She then thanked frequent collaborator, Trick Daddy, who stood on stage with her during her speech, as well as BET “for continuing to be a platform that heightens our culture and for giving me my flowers while I am here to smell them.”