The scandal nobody talks about: the early-fication of the Christmas season

OPINION: We’re not even a full week into October, and I’ve seen full Christmas displays in big-box retailers. This travashamockery must be stopped. 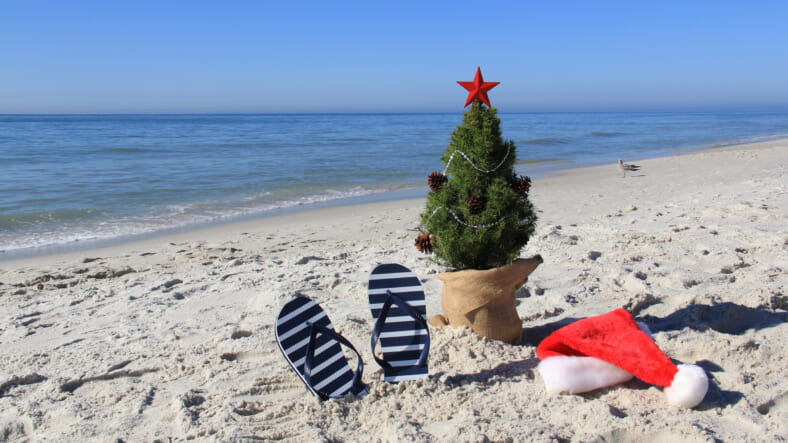 Tuesday, Oct. 4, I made my way to a local mall to pick up a pair of shoes for my 2-year-old. As I entered one of the anchor big-box retailers while literally shaking my head at the latest antics of one Kanye Omari West, I looked up and let out a huge sigh. I was aghast. Right before my very own eyes, I saw an ENTIRE Christmas display being erected. I’m talking faux-Christmas trees, lighting fixtures, accessories and adornments taking up a full display corner of the floor I was on. I half expected to see “Seasons Greetings” holly and stockings hanging from fake chimneys with care. I didn’t, but I also left while they were still putting up the display. Who knows what shenanigans I might see if I were to head to the mall today? Aplenty, I’ll bet. Aplenty.

I was appalled. I felt led astray. It was as if a snow-capped Plymouth Rock had just landed on me. We were less than two weeks removed from the official end of summer, almost a full three months until actual Christmas Day and yet to plow through Halloween OR Thanksgiving, and Christmas has begun to run amuck. Now, look, I like Christmas. I have many, many kids of various ages, which means the Christmas spirit is alive and well in my household. But not yet, doggone it. By golly, IT’S ONLY THE BEGINNING OF OCTOBER! People are still out looking for Halloween costumes for their children. We just put pumpkins of various colors outdoors and autumn-colored pillows and flowers around the house and bought candles that smell of fall. And we waited until the first of October to do this so as to not disrespect the summer season with a premature ending. 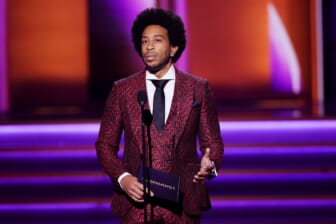 This is the scandal nobody talks about: the early-fication of Christmas. The real and true Christmas season used to begin the day after Halloween with weeks of capitalistic and commercial excess everywhere the eyes could see. Hell, Black Friday sales used to actually happen on Friday. NOW, Black Friday sales can be had even pre-Thanksgiving. Folks eat (perhaps earlier and earlier depending on sales) AND THEN HEAD TO THE STORES to buy things, and on occasion, fight with others over deals on big screen televisions and such.

Look, I get it. As more and more stores start to move up their Christmas sales and displays, other stores, in an attempt to compete for those dollars, begin to do the same. But at this rate, Christmas season might end up happening right after July 4, and that’s just insane. You know, at first, I used to think people who left their Christmas trees and lights up year-round were just lazy, but maybe they were just forward thinking and had the foresight to see what was coming, not unlike the folks who’ve been wearing masks in public for years. 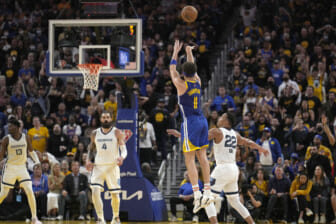 Let me be clear, though. I get Christmas inching up pre-Thanksgiving, but I shouldn’t be looking for skull decorations and smiling fanged-bat stickers amidst the tinsel and chocolate Santas. Again, two weeks ago, on the East Coast where we experience all four seasons, it was 85 degrees two weeks ago, and people were still getting their outdoor happy hour on and proclaiming that “it will always be summer in my heart.” Now, we seem to have skipped the natural order of holiday celebrations. As it stands now, kids will go trick-or-treating and then head out to the mall to sit on Santa’s lap, and that just seems wrong. I suppose it’s good for the Santa impersonators—a seasonal job if there ever was one—and their pockets but…it’s too much. It’s just wrong.

We need to let the Christmas season enter the fray in November. Sure, that predates Thanksgiving, but I also think the maybe-month we get between Thanksgiving and Christmas always feels like a mad dash anyway. But since Thanksgiving is the pre-Christmas warm-up for so many folks (not all, obviously) anyway, a Nov. 1 Christmas rush on displays and decorations makes sense. Plus, people who celebrate Christmas seem to enjoy the family angle of it all. That’s all fine. But early October seems like a bridge too far. It’s too early. It’s scandalous. The powers that be are attempting to turn a full quarter of the year into the Christmas season and that can’t happen. We must let the holidays breathe.

We must end this early-fication of Christmas.