The cancellations of Stage 13 and the Television Workshop program come despite WB's goals of supporting new talent, particularly women and people of color.

Two programs at Warner Bros. that foster diverse talent are part of a reorganization that will result in the company losing about a fifth of its workforce through layoffs.

According to the Los Angeles Times, the Warner Bros. Television Workshop program, which sponsored writers and directors, and Stage 13, a unit focusing on short-form digital productions — both of which amplified diverse voices — will be canceled as a result of the layoffs. The cuts come despite the studio’s goals of supporting new talent, particularly women and people of color.

“These are challenging times in the world at large, and a tumultuous time in our industry,” Warner Bros. Television Chairman Channing Dungey said in an email to staff, the Times reported. “For this kind of change to hit so close to home is incredibly difficult. But my hope is that these changes, made with an eye to a more focused business strategy, will strengthen and stabilize our company, maintain our great creative output, and better position us for continued future success.”

The television workshop program will end in April with the 2022-23 class of writers. Warner Bros. had emphasized that the workshop was one way it was supporting diverse voices in the TV industry, especially after George Floyd’s 2020 murder prompted calls for greater inclusion. 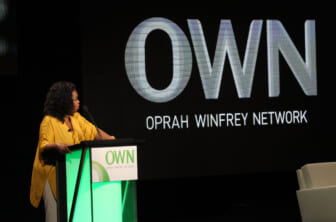 A total of 125 staffers will be cut from the television network’s workforce, comprising 82 current positions and 43 positions that will remain vacant. The reductions account for 19% of current employees.

Warner Bros. representatives declined to comment about the staff cuts, the Times reported.

The layoffs follow Warner Bros. Discovery’s August dismissal of four top executives from the Oprah Winfrey Network (OWN), theGrio previously reported. Jennifer Giddens, the network’s senior marketing officer had been there since 2020, while Karen Grant-Selma had been general counsel since 2019. MaryBeth Cunin had worked for the network since 2013 — most recently as the head of programming and scheduling. Nicole Nichols had been executive vice president of communications since 2008. 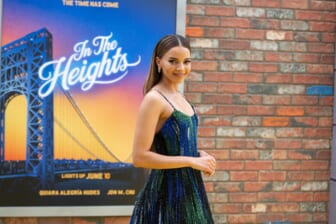 The Times reported that one of the most prominent exits from Warner Bros. Television’s recent layoffs was that of Brooke Karzen, president of Warner Horizon Unscripted Television. The company is in charge of producing unionized reality shows like “The Bachelor.”

HBO and HBO Max, which merged with the rest of the WarnerMedia businesses to become Discovery Inc., also had staff layoffs in August.