TheGrio caught up with the ladies of Potomac at this year's BravoCon, where the women reflected on the legacy of their show.

The ladies of “The Real Housewives of Potomac” are kicking off season 7 with a weekend of celebrations!

This week, Bravo held its second ever BravoCon, a three-day event designed for “Bravoholics” all over the world to come together, meet some of their favorite Bravo reality stars and even get some exclusive tea from their favorite Real Housewives, including the women of “RHOP.”

On the red carpet, theGrio caught up with some of the ladies of Potomac, who broke down the success of their franchise, what’s to come in season 7 and more.

“RHOP” is currently one of the most popular shows on Bravo, but for its first few years many fans felt the show was not shown as much love as the other cities in the “Real Housewives” franchise. There was even a fan-created campaign to convince viewers to “stop sleeping on Potomac.” When the pandemic hit, however, “RHOP” aired its explosive fifth season, which seemed to really catch on with viewers. Gizelle Bryant, one of the show’s four remaining “OGs,” credits that time for allowing fans to binge-watch the series and ultimately “fall in love” with the cast.

“I think people binged ‘Potomac’ during the pandemic and they fell in love with us, which is amazing,” Bryant explained. “To come to BravoCon and just get up, close and personal with the fans … when we film we’re in a bubble. We’re just doing our thing and we don’t really know who likes it, who doesn’t like it, who cares, who doesn’t care. But when we come here? They care and it’s a nice feeling.”

Robyn Dixon also felt the fan support. “I can’t tell you how many fans here are telling us, ‘Oh my God, I binge-watched you during the pandemic,'” she said. “Whether you were with us from day 1 or 2020, I love it and I appreciate it. I always felt like we were the little engine that could and the fact that we are seven seasons in with four ‘OGs’? That’s unheard of!” 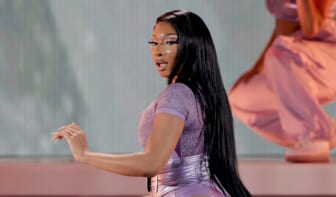 Karen Huger, the “Grande Dame” of Potomac and another one of the core four who launched the show in 2016, expressed humility. “I’m very honored and humbled that [the fans] believe in us. They saw something in us in season one,” she said. “We had the magic! “We would not be here without the loyal fans and their love.”

Dr. Wendy Osefo, who is entering her third season on the series, recognizes the power of the platform. “Just having these touchpoints with our viewers is always great,” she revealed. “I have people coming up to me saying, ‘I just got my fourth degree,’ or ‘Because of you, I went back to school!’ Those moments make what we are doing that much more important, besides just the catty arguments and fights.”

Of course, we couldn’t let the women of Potomac go without getting some tea regarding season 7. “This season is not toxic,” Bryant explained. “It’s drama and fun. I feel like all the ladies stepped up, which I like to see.”

As for how they would describe the season in three words, Osefo and Bassett both had equally fun (and shady) remarks. Osefo called season 7 a “hot ass mess,” while Bassett, alluding to the motives behind some of her castmates, said, “Needs a check!”

“The Real Housewives of Potomac” airs at 8 p.m. ET Sundays on Bravo.