A first-of-its-kind study finds an increased risk of hormonal cancers in Black women who use chemical hair products.

When most models featured on boxes of well-known Black hair straightening products began coming forward on social media and admitting that they had never used the products, it was a watershed moment online.

Now, a recent study by the National Institutes of Health (NIH) has found a link between the frequent use of those and other chemical hair-altering products and an increased risk of certain types of hormonal cancers including uterine, ovarian, and breast cancers.

The Washington Post reported on Tuesday that the study focused on hair products such as dyes and straighteners and found an increased risk to Black women based on their frequent use of these types of products, often in tandem with each other.

In the study, which tracked 33,497 women between the ages of 35 and 74 who used these types of hair products for roughly 11 years, 60 percent identified as Black. During that time period, 378 uterine cancer cases were diagnosed.

Researchers also found that women who reported using hair straightening products more than four times a year were more than twice as likely to develop uterine cancer compared with those who did not use the products.

Dr. Alexandra White, lead author of the study and the head of the National Institute of Environmental Health Sciences Epidemiology (NIES) Environment and Cancer Epidemiology group, said in a release that researchers estimate that 1.64% of women who have never used hair straightening products would develop uterine cancer by age 70. Frequent users developed uterine cancer at a rate of 4.05%. 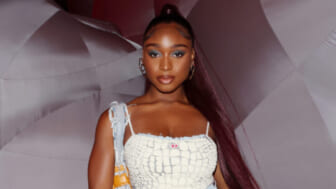 “This doubling rate is concerning. However, it is important to put this information into context — uterine cancer is a relatively rare type of cancer,” said White.

Even though uterine cancer accounts for roughly 3% of all new cancer cases, according to the NIH study, it is the most common type of cancer in the female reproductive system.

Many different types of women use these products, but the study’s findings suggest the increased cancer risk for Black women may be due in large part to the fact that Black women are often lifelong users of these specific hair products.

“Because Black women use hair straightening or relaxer products more frequently and tend to initiate use at earlier ages than other races and ethnicities, these findings may be even more relevant for them,” Dr. Che-Jung Chang, Ph.D., an author of the new study and a research fellow in the NIES Epidemiology Branch, said in the release.

Specifically, researchers found that products containing chemicals such as parabens, bisphenol A, metals and formaldehyde were the culprits. Researchers report hair products containing these chemicals are potentially more hazardous than other cosmetic products that contain them because they can be absorbed through the scalp and can even create skin-compromising burns and lesions.

Researchers revealed that it was the effect of the chemical ingredients in these types of products that were tracked rather than specific brands. 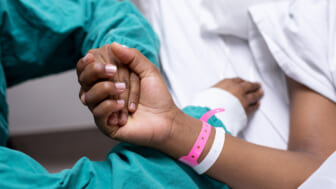 Also Read:
Uterine cancer increasing among Black women, and is more deadly than in white women

All in all, the study — which White noted is the first to examine the relationship between hair straightener use and uterine cancer — is likely to be only the beginning of the story.

“More research is needed to confirm these findings in different populations, to determine if hair products contribute to health disparities in uterine cancer, and to identify the specific chemicals that may be increasing the risk of cancers in women,” said White in the release.