“ASALI: Power of The Pollinators” is an animated, action-adventure short that revolves around saving a home from environmental destruction.

Viola Davis has signed on as a co-executive producer of environmental activist Maya Penn’s animated short film. Her directorial debut, “ASALI: Power of The Pollinators,” will be the first under her company, Upenndo! Productions.

“ASALI,” for which Penn is also the animator, is an action-adventure animated short film about a group of colorful environmental scientists and pollinators who work together to reveal a chain of secrets that will determine if they can save their home from a deadly force.

“ASALI made sense as our first major production because it integrates two of my biggest passions– animation and the environment,” Penn said in a joint statement about her Upenndo! Productions, whose mission is to deliver purpose-driven projects, highlighting character-centric stories that focus on social impact. “My goal with Upenndo! is to dive into new worlds that reflect the interconnectedness of people and our planet, from a story-driven and action packed perspective.”

JuVee Productions is also an executive producer of the film. “We at JuVee have seen the way Maya is passionately ushering in a new generation of authentic and engaging storytelling, using unique animated projects like ASALI: Power of The Pollinators as a vehicle that pushes culture forward,“ said Rob Williams, the company’s Senior Vice President of Theatrical Motion Picture, in the joint statement.

Penn, 22, is also an author, artist and writer who has previously produced video and animated projects for Hulu and Adobe. Since childhood, much of her work has been rooted in environmental activism. 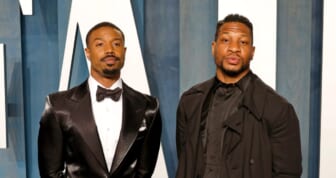 At 8, she founded Maya’s Ideas, a global brand that has focused on sustainability and environmental education. At 16, Penn received a commendation from then-President Barack Obama for outstanding achievement in environmental stewardship. She has also received the Coretta Scott King A.N.G.E.L. Award and the SCLC Drum Major for Justice Awards.