Marvel’s “Black Panther” franchise continues without the late Chadwick Boseman with “Black Panther: Wakanda Forever,” which premieres in a few weeks. Director Ryan Coogler recently revealed what the plot of the sequel would have been if Boseman had starred in the film.

The script “before Chadwick passed was very much rooted in [Boseman’s character King T’Challa’s perspective,” he told The Hollywood Reporter. “It was a massive movie but also simultaneously a character study that delved deeply into his psyche and situation.”

Following Boseman’s death, Kevin Feige, president of Marvel Studios, disclosed that the character of Black Panther-King T’Challa would not be recast. As indicated in trailers for “Wakanda Forever,” T’Challa’s death is written into the story while implying that one of the returning characters will take the Black Panther mantle. 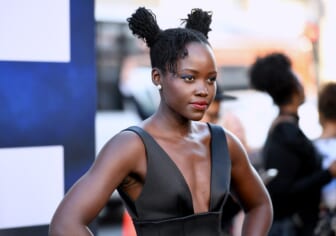 Nyong’o spoke to THR about Coogler’s decision to incorporate Boseman’s death in the “Wakanda Forever” script. “He created something that could honor that and carry the story forward. By the end, I was weeping,” Nyong’o said. “It’s laying to rest [T’Challa] and allowing for real life to inform the story of the movies.”