MCU VP confirms T’Challa will not be recast: ‘We just couldn’t do it’

Black Panther 2 is on its way, and the creative team continues to confirm details surrounding the highly anticipated sequel, including how they navigated the tragic loss of Chadwick Boseman, who originated the titular role before passing away in 2020.

Marvel fans have anxiously awaited Ryan Coogler‘s sequel to the blockbuster MCU film, Black Panther, theGrio previously reported. Back in 2018, the film was a huge success for Disney, breaking box-office records and becoming the biggest superhero movie of all time when it was released.

While the sequel has been in development since then, fans have been left to wonder how the production will move forward without Boseman. 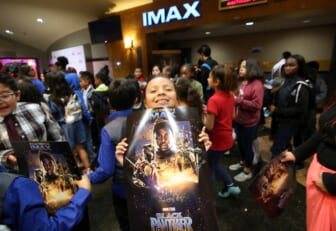 Nate Moore, MCU VP of Development, made a recent appearance on the Ringer-Verse podcast in which he broke down the creative team’s process and eventual decision not to recast T’Challa in Black Panther: Wakanda Forever.

“You will not see T’Challa in the MCU 616 universe, we couldn’t do it,” Moore shared. “I will say when Chad passed, it was a real conversation we had with [Ryan] Coogler about what do we do.”

He continued, “And it was a fast conversation. It wasn’t weeks, it was minutes of we have to figure out how to move this franchise on without that character because I think we all feel so much of T’Challa in the MCU on the screen, not in comics, right, is tied to Chadwick’s performance, is what he brought to that role both on and off-screen, I would argue.”

He then shared that even though it is arguably a harder decision narratively, they never considered recasting. “So the challenge for Black Panther: Wakanda Forever is telling a story without T’Challa, and I think it’s a challenge we’re up for and obviously we’re in the middle of it, and we’re figuring it out and so far I think what we’re getting is great.” 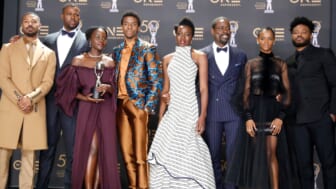 Moore goes on to explain that the challenge of the movie is to balance entertaining people with “catharsis” as fans return to the universe without Boseman. He concluded, “So as filmmakers and storytellers you have to figure out how people are going to feel going in to your movie and what you want that movie to say about that guy who’s not going to be in that movie.”

Check out the clip from the podcast below:

The official confirmation that T’Challa would not be recast was met with a mixed reaction.

“I don’t want T’Challa recast. Ever. (I’m muting this immediately for anyone even considering responding. I said what I said. Long live the King.),” April Reign, creator of the #OscarsSoWhite campaign tweeted.

Others took a different view.

“Never??? ? So no other Black actor can have an opportunity to shine in that prime leading role? We have white iconic characters thriving for years because they get recast. But after 50 years to FINALLY making it to the big screen, no more T’Challa? Please consider the long term,” one disagreed.