The Grammy winner will assist in engaging the artist community to raise support for the festival, which is scheduled for next summer.

The Harlem Festival of Culture (HFC) has selected Wyclef Jean as chair of its music advisory board. The organization is the reimagining of the Harlem Culture Festival of 1969, chronicled in the Oscar-winning documentary, “Summer of Soul.”

Jean’s role will be to advise the HFC executive leadership and to build support for the festival by assisting with engagement in the artist community.

“I am thrilled to join HFC as Chair to their Music Advisory Board,” Jean said in a joint statement. “On a personal note, Harlem has always held a special place in my heart as I have performed there very early in my career and throughout. As a creative who is also an entrepreneur, I’m all about creating opportunities for creatives and professionals in our community and when I heard about this reimagining of what was such a seminal milestone in Black creativity and Black music, I knew I wanted to be involved in some way.”

One of HFC’s co-founders, Yvonne McNair, noted in the statement that Jean’s appointment will “help broaden” festival support. “As one of the most important artists of our generation, Wyclef is a true visionary and stands as one of the most trusted and respected voices in music,” she said. “We are grateful to have him lend his expertise and his support for the Harlem Festival of Culture and look forward to working together with him to spread the word throughout the industry and to the artist community.” 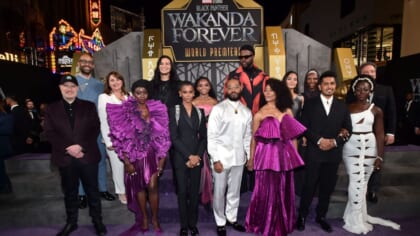 The HFC recently announced a partnership with AMC Networks, which will stream forthcoming screenings and live events that will lead up to the multi-day outdoor festival next year at Marcus Garvey Park, the site of the 1969 festival.

Nikoa Evans, Musa Jackson and McNair founded HFC in April 2022 to introduce a new generation of Harlemites to live, world-class artistic programming from the “Black Diaspora.” It is slated to take place during the summer of 2023.