A pair of guns used in a deadly school shooting incident in Philly last month reportedly have a connection to a case of police corruption in the city. Now-former Philadelphia Sheriff’s Deputy Samir Ahmad was arrested in a sting operation after he sold the weapons used in the shooting to a federal informant.

Ahmad, 29, was the focus of an investigation sparked by a larger FBI gun-trafficking operation. The sheriff’s deputy’s first known foray into his illegal gun trade allegedly took place this past April, according to The Philadelphia Inquirer.

As noted in documents formulated by the authorities, Ahmad sold a Smith & Wesson .38 Special revolver and bullets for $1,150 to an informant six months ago. Court filings claim Ahmad also attempted to sell Percocet pills to the unnamed person.

On Tuesday, Sept. 27, a shooting incident at Roxborough High School — which left one teen dead and four others injured — led to the seizure of two guns that somehow fell into Ahmad’s hands.

The initial gun sale back in April landed Ahmad on the FBI’s investigative radar, and authorities trailed his actions throughout the year. On Thursday, Oct. 13, the informant met with Ahmad in North Philadelphia aiming to purchase $3,000 worth of guns in the controlled sting.

The informant was wearing video and audio surveillance equipment that captured Ahmad and the exchange of cash for the illegal weapons. The informant told the deputy that he was fearful of deportation while making the buy, claiming he was not a U.S. citizen. 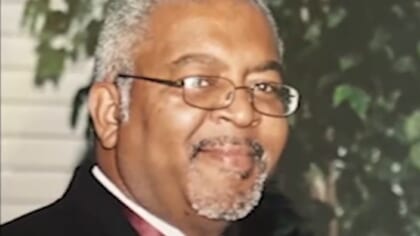 “You don’t got to worry about none of that,” Ahmad assured, according to records.

Ahmad was allegedly working with another individual, who held the guns and drove up to deliver a pair of Glock pistols while Ahmad offered to sell a third weapon.

Prior to his arrest on Wednesday, Oct. 19, Ahmad sold a semi-automatic weapon and several grams of methamphetamine to the same informant. The FBI later learned that the Glocks he sold to the informant were used in the Roxborough shooting. 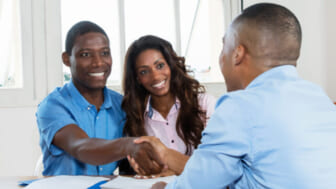 Also Read:
Nonprofits in Philadelphia aim to increase the number of Black and brown homeowners

“As alleged, Samir Ahmad abused his authority — to the greatest extent possible — as a sworn law enforcement officer,” Romero said. “The defendant was allegedly illegally selling firearms on the street to at least one person who was not permitted to possess them, adding fuel to the already-incendiary fire of deadly gun violence in the City of Philadelphia. Working with our law enforcement partners, we are doing all that we can to investigate and prosecute those responsible for the violence.”

During a federal court hearing held Thursday, Ahmad was charged with firearms trafficking and selling and transferring a firearm to a non-U.S. national or citizen. He will remain imprisoned until his trial.