Larry Walker’s relatives want to know why a homicide suspect LAPD officers had under surveillance was allowed to carjack a vehicle.

The family of a Los Angeles man who was dragged to death during a carjacking nearly two weeks ago is calling for a police investigation into his senseless killing.

As reported by The Los Angeles Times, the incident occurred on Sunday, Oct. 16 during a police chase of homicide suspect Joshua Reneau, 31, who was wanted in connection with two shootings. A fugitive pursuit team was surveilling Reneau at a home near Inglewood when he was spotted leaving the residence and getting into the back seat of a Toyota Prius.

When plainclothes LAPD officers tried to pull over the car, driver Jamal Sutherland, 34, sped away, and a police chase ensued for several blocks before the car crashed near Florence and Haas avenues in Inglewood.

Reneau jumped out and fled the scene, and that’s when he encountered Larry Walker, 63, who was sitting in the driver’s seat of his gray SUV. Reneau forced Walker out of the vehicle, but Walker became entangled in the seat belt, and police said he was dragged underneath the car for more than two miles.

Reneau crashed the SUV into several police cars and flipped over. Despite being injured in the crash, he kept officers in a stand-off for hours before surrendering.

Walker, a father of three, was pronounced dead at the scene.

According to The Los Angeles Times, Walker’s family is trying to understand why Reneau was allowed to carjack a vehicle when officers had him under surveillance. Had police moved more quickly to arrest the man as he was leaving the house, they assert, Walker might still be alive. 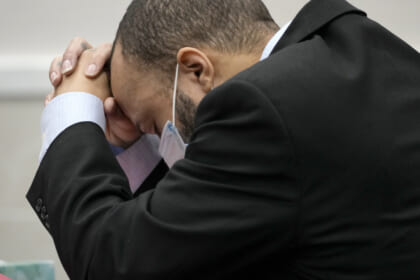 “I watched my mother cry. I watched my siblings cry. And they shouldn’t. My father should be here. They shouldn’t have to cry,” the victim’s daughter, Jaime Walker, told the outlet.

Community activist Najee Ali told reporters at a news conference last week that police are partly responsible for Walker’s death for failing to apprehend a high-risk suspect like Reneau before the disastrous chain of events.

“We’re here because we’re outraged,” said Ali, speaking on behalf of members of Walker’s family, per The Times.  “We’re outraged that Mr. Walker was killed by a carjacker [who] never should’ve been allowed to get into the car, because he was under surveillance by the LAPD. The LAPD saw him leave his residence, get into his car, and then engage in a pursuit. This pursuit tragically and unfortunately killed Mr. Walker.” 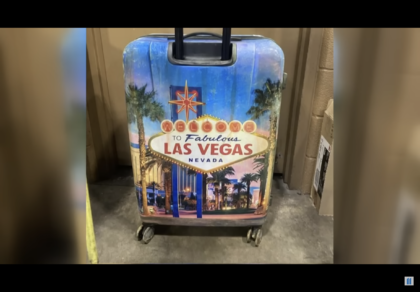 While the incident is reportedly under investigation by the LAPD’s Multi-Discipline Collision Investigation Team, Walker’s family has called on California Attorney General Rob Bonta to launch an independent investigation into his death.

As reported by The Times, LAPD spokesperson Capt. Kelly Muniz said in a statement that its officials were “committed to Reneau’s prosecution and would continue to support the Walker family in any way we possibly can.”

Reneau has been charged with murder for Walker’s death. In addition, he faces charges of assault on a peace officer, carjacking, possessing a firearm by a felon, and fleeing a pursuing officer’s vehicle.

Sutherland, the driver of the Prius, was also arrested on a felony evasion charge.