REVIEW: Rihanna's first song in six years, from the soundtrack of "Black Panther: Wakanda Forever," is a necessary outlet for fans to share in their grief and hope.

Rihanna has kept fans waiting with bated breath for new music since the 2016 release of her last album, “Anti.” Friday, she released “Lift Me Up,” her first song in six years, as part of the “Black Panther: Wakanda Forever” soundtrack.

Was the song worth the wait? Yes, actually.

With a co-writing credit from “Wakanda Forever” director Ryan Coogler, the tone of “Lift Me Up” makes the song seem like the last element of closure for fans mourning the death of Chadwick Boseman and his beloved character, King T’Challa. It’s like the final song played at a funeral or wake, walking a thin line between grief and hope.

For Rihanna to perform her comeback as part of the soundtrack of one of the most anticipated sequels of recent memory was a well-planned strategy. The context of Boseman’s passing and the absence of T’Challa in the film gives the slow, soft song more gravity and poignancy.

Starting with Rihanna humming along to soft strings lets the listener know that they are about to experience some conflicting emotions. This leads to the hook of the song:

“Lift me up,
Hold me down,
Keep me close,
Safe and sound” 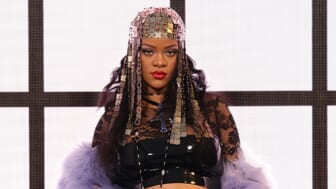 That passage is repeated several times throughout the song, playing more like a mantra than a chorus. Lyrics like, “Drowning in an endless sea, take some time and stay with me” sound on its surface like a woman asking her loved one to comfort her before he leaves. But with the subtext of the film and Boseman’s passing, it takes a different meaning, and deliberately so.

Rihanna sings with control and conviction throughout “Lift Me Up,” drawing on the range of emotion that made her single, “Love on the Brain” from “Anti,” an effective and powerful ballad in her catalog.

The background vocals and Rihanna’s ad-libs toward the end give “Lift Me Up” a quiet anguish that the audience can share in. That, alone, makes the song a worthy addition to Rihanna’s canon.

Fans may have wanted the Rihanna that made “Work,” “Rude Boy,” “Diamonds” and “We Found Love” after so many years away but with multiple listens, they’ll realize “Lift Me Up” was something they needed.