Food fight: Do you make stuffing or dressing? (And why does it matter?)

Whether you call it dressing or stuffing—and whichever bread you use to make it—this holiday side dish evokes strong opinions. 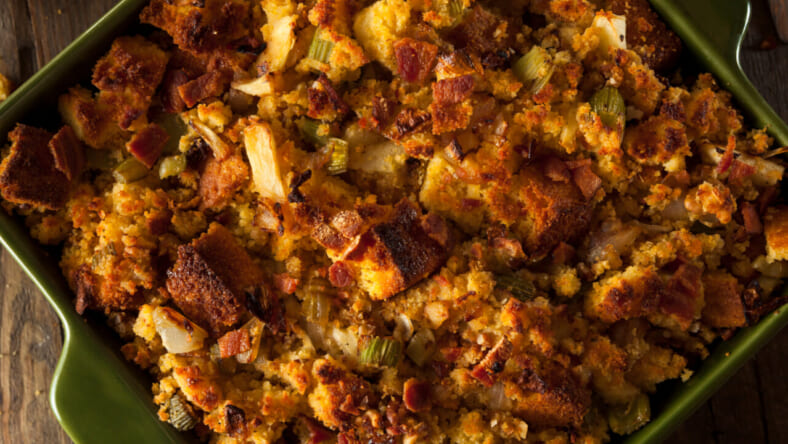 There are all sorts of food debates that can result in fierce verbal battles. What shouldn’t you put in the potato salad? What’s the best way to make macaroni and cheese — cheesy, baked, or topped with breadcrumbs?

Stuffing or dressing? And is there really a difference?

The stuffing vs. dressing debate is particularly pertinent as the holidays approach and turkey once again becomes a big thing. According to one report, Americans will eat 46 million turkeys during the Thanksgiving holidays and another 22 million on Christmas. That’s a lot of leftovers. 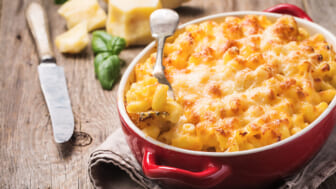 Also Read:
Return of the mac and cheese debate: Creamy, baked, or with breadcrumbs?

It’s as it sounds. It’s a mixture used to stuff foods. When people think stuffing, they generally think poultry because traditionally, you place the mixture inside the turkey cavity and let the bird’s natural juices seep in as it roasts. You can put anything you want in the stuffing. Some use bread, cornbread, or rice and add vegetables, fish, or meat like oysters, bacon, or sausage.

You can also stuff anything. I love stuffed zucchini boats and often use stuffing in a boneless pork loin. And some have been known to go way overboard in stuffing technique. The famed (or infamous) Cockentrice originated in the Middle Ages and resulted from cutting a suckling pig and capon in half, stuffing them, and sewing them back up.

I think I’ll stick with the basics.

Dressing is made of the same stuffing ingredients, whatever you would like that to be, and baked in the oven or cooked on the stovetop, separate from whatever bird you’re cooking. That’s the main difference. When I make dressing, I make a stovetop version because I find I can better control the fluffiness and texture. Some prefer the oven method because the top gets crusty and golden.

WHO CALLS IT WHAT?

In the South, it’s “dressing.” My family never used “stuffing” unless it was “my nose is stuffy,” which kinda sounded like “stuffing” as the word trailed off at the end. If you’re in the North, it tends to be “stuffing.” No one knows why stuffing and dressing broke off into different nouns, just like we don’t know when Homo erectus became Homo sapiens. Some things are meant to remain a mystery, I guess.

Scholars trace the first mention of “stuffing” back to the 5th Century AD in the Roman cookbook De re culinaria (English translation: “On The Subject of Cooking”) The cookbook, believed to be the oldest in existence, mentions various recipes for stuffed game, fowl and more. Beyond that, there’s no record to enlighten us on how stuffing became a Thanksgiving tradition.

I lean toward dressing for one huge reason — bacteria. On its website, the USDA notes that undercooked stuffing can lead to some nasty illnesses. I don’t want that — neither do I want to serve it. But secondly, I do like the ability to control how I cook my dressing on the stovetop. 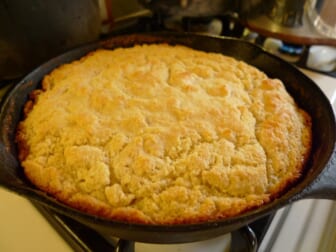 You can use any white bread for dressing. I’ve used old hamburger and hot dog buns, day-old rolls, corn muffins, sourdough, and the like. I find that whole-grain breads don’t work well in dressing because they’re too dense and don’t readily absorb moisture. So if you have some whole grain, rye, or pumpernickel sitting around, make toast.

I also have no problem mixing white and cornbread. Don’t dump it if it’s a little old; cook with it.

I like simplicity. I don’t want some fancy dressing competing with the other holiday sides. Cubed bread, onions, peppers (any color), salt, pepper, butter, chicken stock, and a little parmesan cheese does it for me. I’ll add some ground pork sausage if I have some lying around, but I won’t go out of my way to get it. (Editor’s note: Others favor chopped celery and/or sage in the mix.)

HOW DO I MAKE IT?

As I said, simple.

6 cups of cubed white or cornbread, or a mixture of the two

1 large rough chopped red pepper (any color will do)

Salt and pepper to taste

In a large pan, Add ½ stick of butter in a pan. Add the onion and peppers, and cook for about one minute over medium heat. Add in all the bread, turn the heat to medium-low, and occasionally stir to ensure the bread doesn’t stick to the bottom of the pan. If it does, deglaze with just a little chicken stock.

About five minutes in, add the other 1/2 stick of butter, let it melt, and stir. Continue stirring. After about 15 minutes, all the bread should be golden brown. Remove from the pan and add to a large bowl. Add chicken stock, a few tablespoons at a time, until your dressing achieves the consistency you desire. Sprinkle in the cheese and toss.

That’s how I do it, but whatever recipe you use, I hope it’ll be so good no one will care if you call it stuffing or dressing this holiday season. They’ll just call it delicious.