The six-episode podcast about the making of the film "Black Panther: Wakanda Forever," will feature Coates interviewing Ryan Coogler, Angela Bassett and others.

“Wakanda Forever” is a mixture of audio narrative storytelling surrounding the comic book mythos and interviews with the cast and creatives behind “Black Panther: Wakanda Forever,” according to Variety. Coates will narrate the podcast as well as conduct interviews with the likes of director and co-writer Ryan Coogler, producer Kevin Feige and cast member Angela Bassett.

The first episode of the “Wakanda Forever” podcast will premiere a week before the film hits theaters on Nov. 11. The episode will feature an interview between Coates and Coogler about the making of the sequel film.

“There is no storyteller I admire more than Ryan Coogler,” Coates said to Variety. “Any chance to partner with him, Proximity Media and Marvel, is a worthy one. For that opportunity to be a chronicle of the making of ‘Black Panther: Wakanda Forever’ was simply too good to pass up.”

The remaining episodes of “Wakanda Forever” will be available once a week starting January 2023. The episodes will coincide with the fifth anniversary of the 2018 blockbuster, “Black Panther.” 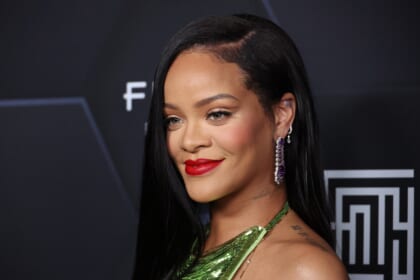 Also Read:
Rihanna’s ‘Lift Me Up’ is a soothing tribute to the memory of Chadwick Boseman

“Wakanda Forever” is being produced by Proximity Media, Marvel Studios, and Marvel Entertainment. Paola Mardo, Proximity’s head of audio will co-executive the series along with Proximity founders Coogler, Zinzi Coogler and Sev Ohanian.

This marks Coates’ debut as a podcasting host. The best-selling author of “Between the World and Me,” “The Beautiful Struggle,” and “We Were Eight Years in Power” also wrote several issues of the “Black Panther” graphic novel for Marvel from 2016 to 2021.