This year, HBCUs resumed in-person activities and raised prices, including those imposed on vendors, to combat inflation and compensate for pandemic losses.

Homecoming celebrations are a rite of passage for alums and students alike. For historically Black colleges and universities, the post-COVID reboot brings a much-needed economic boost to local communities.

According to Reuters, homecomings are annual events where graduates return to commemorate the previous academic year and support their alma mater football teams. The pandemic forced universities to cancel events in 2020, and in 2021 they held virtual and hybrid festivities.

This year, institutions provided a sense of normalcy by resuming in-person activities. They also raised prices, including those imposed on merchants, to combat inflation and compensate for some of the losses from the pandemic.

At North Carolina Central University prices rose by $50 this year compared to 2021, to $500 for food vendors and $400 for general item merchants.

“There’s like a $2.5 million economic impact that comes into the city (of Durham) with all of the events we have,” North Carolina Central’s Chief Financial Officer Akua Matherson told Reuters. 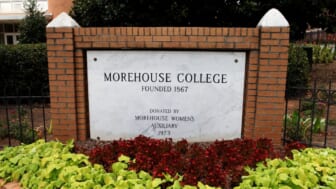 Also Read:
My wants, hopes and dreams for my SpelHouse community this Homecoming Weekend—especially during tailgate

“Guests filled hotels, frequented restaurants, and patronized a multitude of businesses, all in the name of Jackson State University,” the school’s President Thomas Hudson said in a statement on its website. “This further punctuates that JSU is not only an academic powerhouse but an economic driver of this city. Homecoming also reminds me of why JSU is so deeply cherished.”

Records show that the vendor costs at Howard University doubled from 2018 to $550 for early registrants and $750 for late registrants.

According to Tiffany Rose, an event planner who organizes an alum party during Howard’s homecoming, she raised ticket prices from $35 to $50 due to rising venue costs. Still, she has noticed at least a 200-person increase in the number of ticket sales.

The vendor fees at Clark Atlanta University have increased by $25 since 2019. 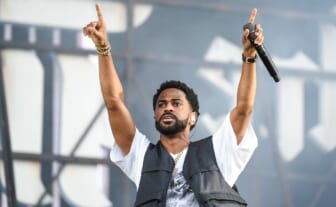 Philip Garner, who owns an apparel company called Dope Rebellion, asserted that it is worthwhile to incur higher costs. On the first day of Hampton University’s homecoming market, he sold out of more than 300 shirts and made over $7,500.

The following morning, Garner returned to the campus for more sales after traveling three hours to his hometown of Maryland to print more goods.

“I was exhausted but, you know, this is normally like my best sales weekend,” said Garner, Reuters reported.