Authorities in Jackson, Miss., arrested Devin McLaurin, who was reportedly nearby when seven structures were set on fire overnight.

A building on the campus of Jackson State University and multiple area churches were among seven structures set on fire early Tuesday by a suspected arsonist. The crime, ahead of Election Day, came as many residents were preparing to cast their votes.

According to The Mississippi Clarion Ledger, the fire department in Jackson, Mississippi, spent most of the day conducting investigations into the seven fires that occurred overnight not far from the HBCU.

Deputies from the Hinds County Sheriff’s Office later arrested Devin McLaurin, who was confirmed to have been nearby when the fires were set.

According to Arkansas Online, Patrick Armon, assistant chief for the Jackson Fire Department, called the fires a “major occurrence” and said that they don’t typically go to such situations, but about one-third of his department responded. Armon has been in the area for 30 years.

Jackson Mayor Chokwe Antar Lumumba responded to the idea that the timing of the fires might be tied to Tuesday’s midterm elections, saying “it is too early in the investigation to know what the motive may be,” the Clarion Ledger reported.

No polling places were affected. 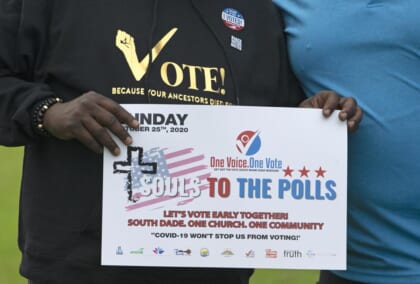 Shuwaski Young, a Democratic candidate for Congress from District 3, issued a statement describing the fires as cowardly acts carried out by “terrorists” looking to suppress voters. Despite the “decades-old intimidation tactic,” he encouraged all Mississippians to cast their votes.

“This morning several churches were burned in Jackson, Mississippi on Election Day,” Young’s statement read, The Clarion Ledger reported. “These cowardly actions invoke historical acts of terrorism when people are fighting for their right to vote and live peacefully as Americans and Mississippians. We will not be deterred and will not be intimidated. We will not allow domestic terrorists to suppress our right to vote. … Just go vote.”

According to Arkansas Online, authorities began getting calls about several fires around 2:45 a.m. on Tuesday, and by 6 a.m., six of the seven fires were extinguished. Epiphany Lutheran Church burned for more than four hours before firefighters put out its flames. 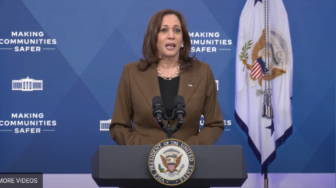 The destruction and severe fire damage to such prominent pillars of the community saddened many churchgoers in the West Jackson neighborhood.

A call from a family member who lives close to the church woke Lloyd Caston, an elder at Epiphany, around 4 a.m. Its chapel was “fully engulfed” when he arrived at the scene about 30 minutes later.

Caston claimed that the fire destroyed everything in the 85-year-old church, which had interior renovations completed in March.

“There wasn’t nothing we could do but sit and watch” as officials extinguished the flames, Caston recalled, according to Arkansas Online. “That was it.”

Bobby Hathorne, another member of Epiphany Lutheran, told WAPT they were stunned. 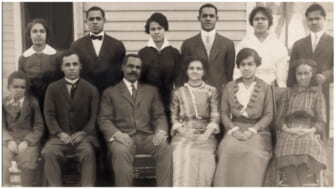 “This church has been here since back in the 1940s. It’s one of the oldest predominately Black Lutheran churches in the state of Mississippi,” said Hathorne, according to WAPT. “This is a shock to us that something like this could happen.”

“We can’t always understand why people do evil, but we know that it’s our job. It’s our job to overcome evil with good. That’s why we’re committed to continue to help this community,” said Ricks, WAPT reported.

According to The Clarion Ledger, the other locations of the fires were a gas station and three buildings close to Jackson’s downtown area.