Black residents started the church in the nearly all-white Minnesota town in 1892. The effort was made possible with financial support from both Black and white communities, according to MNopedia: The Minnesota Encyclopedia.

Brown’s Chapel AME officially opened on Sunday, October 17, 1892. Rev. Mrs. L. A. Ragan served as the pastor. For years, it served as a hub for Black religious and social activities and was used to host weddings and funerals. The church stood for 15 years before an arsonist burned it to the ground.

The Star Tribune reports that the Hastings City Council has awarded a $10,000 Community Investment Fund to BRR to create artwork in a 37-by-20-foot space at Levee Par. The installation will pay homage to the church and the city’s early Black American population dating to the 1850s.

Currently, the 14-member nonprofit group, which is made up of some descendants of the earliest Black families in Hastings, is undecided about what the art piece should be. On Sept. 23, however, it has planned a “charette,” or meeting during which invested parties work to find solutions to problems. BRR has hired five teams of Twin Cities artists to craft a vision for the artwork. 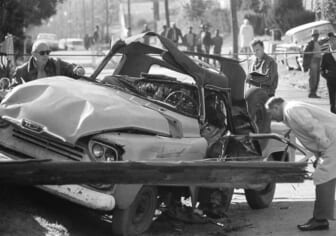 James Anderson Curry, an instructor at Augsburg University, is a descendant of two of Hastings’ early Black residents. He’d like the art piece “to own that fire,” and envisions it being “something like a phoenix rising from the ashes.”

He also believes it will be a catalyst for good for Hastings. “I think this, when it’s accomplished, speaks to the efforts of small steps, grassroots, incremental change and dialogue.”

According to a recent Census estimate, the city’s residents are 93.6% white and about 1% Black, the Star Tribune reports.

Despite those numbers, City Administrator Dan Wietecha said Hastings is experiencing more diversity and he sees value in the city owning up to past shortcomings. “If we strive to be a welcoming community, we need to recognize where we’ve fallen short,” he said.

Shortly after Brown’s Chapel AME’s 15th anniversary — on the morning of Halloween in 1907 — an arsonist entered the church and doused the floor with kerosene, then set a fire, according to MNopedia. Much of the internal structure was destroyed by the fire, including the floor, pews, windows, and the walls and ceilings were blackened. 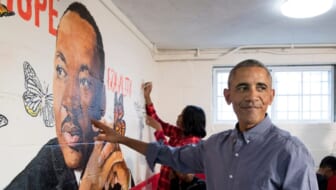 Law enforcement allegedly failed to pursue a thorough investigation into the fire and no arrests were made. The community lacked the funds to rebuild the church. Two years later, Graus Lumber reportedly purchased it for $300, MNopedia reports.

“We believe that telling the truth about the past affects the future and the present. We won’t be able to properly deal with the issues of today unless we know where we’re coming from,” Bindman told the Star Tribune.